Posted by crataegus on February 19, 2021 in Uncategorized |5 Comments

Here’s a tree we’ve not covered in a while, a grafted cascade juniper. The trunk is Rocky Mountain, and the foliage is a rather coarse shimpaku variety that I like as it marries well with a coarse, meaty trunkline. Often very fine Itoigawa and even ordinary shimpaku seem too fine for some purposes.

It’s been 11 years since this one was grafted, and it’s about ready for a reworking. The canopy and silhouette are getting broad, and by the end of 2021, one more growing season, it will be due for a tightening up.

How do you do that?

We’ll do another post on this juniper in the fall or winter after using the above steps. They are the typical route to reworking and re-profiling older trees that are getting puffy—meaning, an oversized silhouette for the trunk size.

I reworked many old trees in Japan this way. What interested me was how fast this juniper was ready for ‘old-tree’ reworking: only 12 years from grafting. Then again, it’s a modest sized tree. 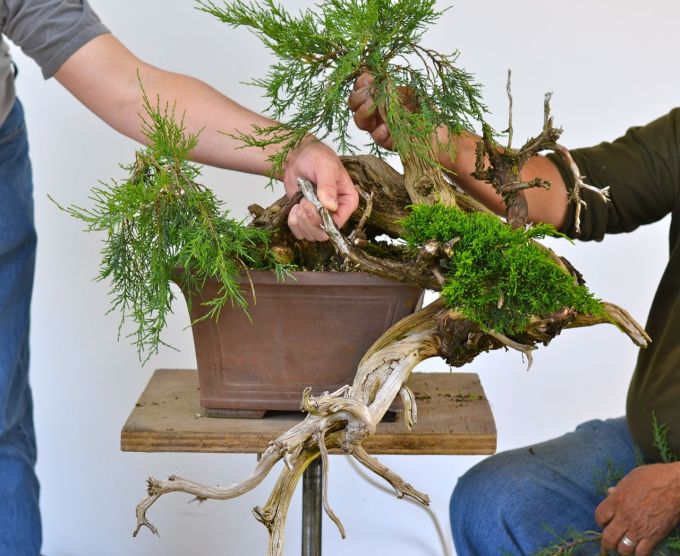 The day in 2012 when the original foliage—the long leggy Rocky Mountain—was cut off to leave only the shimpaku, which is the denser foliage below. 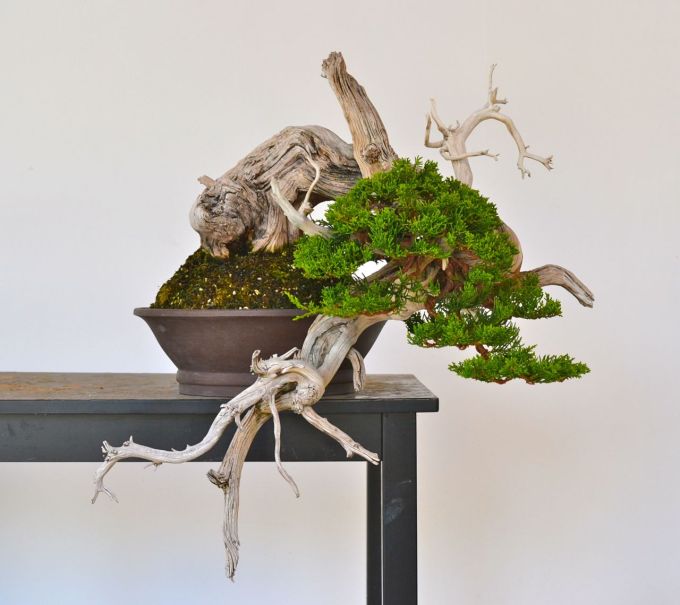 January 2021. The tree in this photo is losing its organization and energy. Of this timeline, the one in 2019 is tighter and better proportioned. Later this year we’ll work it back to a smaller profile to see more of the trunk and the jin. One reason we see ‘puffy’ trees in Japan is unrelated to pure design decisions: professionals there are often very busy. Some bonsai look fabulous with soft foliage clouds and longer branches; this juniper, though, not so much. The softness of the form is contradicted by the jerky energy of the trunk and jin. Later in the year we’ll rework it.

Footnote: Right now—the end of winter and into early spring—is nearly the worst time to wire junipers as the cambium can easily slip.