I apprenticed under Shinji Suzuki of Japan from 2003-2006, and have since crafted a life around bonsai—in 2008 setting up an urban studio in Portland, Oregon, USA where I create, teach, and write about bonsai. The 3-day intensive Seasonal program is my primary teaching outlet, with private lessons, client services, and horse-whipping apprentices until sufficiently busy filling out the rest of the week. Formerly a potter, my resume also includes being the bonsai consultant at the Portland Japanese Garden, the book Post-Dated: The Schooling of an Irreverent Bonsai Monk, founding the Portland Bonsai Village, co-creating the Bonsai Fundamentals Course, and blogging weekly at www.crataegus.com.

a few other tidbits:

—was a painter and sculptor for years, have an MFA from The New York State College of Ceramics at Alfred University, and made bonsai containers in the 1990’s under the name ‘Crataegus Bonsai Containers’

—prior to my apprenticeship abroad, I studied with sensei Boon Manakitivipart from 2000-2003, who managed to survive my studentship with rolled eyes and heavy sighs, and still managed to prepare me well for life and work in Japan

—creative influences include the ideals and intentions behind the Unknown Craftsman, the sculpture of Jean-Pierre Larocque, the bonsai of Shinji Suzuki, the writing of Thoreau and Jean Giono, the mixed forests of the Northeastern and Northwestern USA, and certain rascally poets like Hafiz and Billy Collins

—work as an apprentice in Japan earned master Shinji Suzuki several major awards (Kokufu and Prime Minister), as well as client awards in the Artisan’s Cup and the National Show; privately a Mountain Hemlock was awarded ‘Best Evergreen’ at the 2016 National Show

—outside of professional life I might be found dancing Argentine tango, birdwatching, cycling, fussing with fountain pens, and other analog adventures

None of us spring into a career unguided and without a lot of luck along the way. Mr. Suzuki was courageous enough to take me on as an apprentice in 2003, followed by Matt Reel and Tyler Sherrod who also completed apprenticeships with Mr. Suzuki and fill out our bonsai clan, or family, in the United States. Mr. Suzuki won his first Prime Minister’s award at 36, and has been a superstar of Japanese bonsai since then, appearing on the news frequently and building enthusiasm and love for bonsai in the professional community as well as his visits to schools to share bonsai with children. When his personal style was coalescing—a deep respect and sensitivity for naturalness in trees—he made the thought-provoking bonsai video Works of Divinity which documents a year in his creative life. My book Post-Dated: The Schooling of an Irreverent Bonsai Monk tells many stories about Mr. Suzuki’s gentle way with trees, his humor, and his hope for bonsai around the world.

John can feed you. He’s run a successful wood-fired pizza food cart in Portland for the past ten years, a skill set which delights those of us like me who tend to be subsistence rather than inspired eaters. John is from the prairies of west Texas, where he was surrounded by millions of acres of ten-foot tall shin oaks, and so he says ‘his formative years were spent with little trees’. His background is in small business development. The numbers of beings at the studio residence will swell with the addition of this family of four, including his wife Leah and children Amos, 11, and Clara, 7. I hear the kids are particularly excited about the cats. John’s plans to make a development nursery for bonsai—setting young plants on the road to aesthetic brilliance—which will continue to build the local bonsai community in unique ways (he plans to stay in Portland).

Only a couple weeks out of graduate school, Andrew drove to Portland from St. Louis to start his apprenticeship in June 2016. His background is in music, with a degree in flute from the Yale School of Music (according to Andrew, I don’t make my pruning cuts on the beat very often. About half the time, apparently.) In addition to all his apprenticeship duties, Andrew has been the Director of the Portland Bonsai Village since his arrival here in Portland, and is often seen talking about bonsai in the Cultural Corner of the Portland Japanese Garden to a crowd of amazed visitors. Andrew’s energy, ideas, and enthusiasm make him a welcome addition to bonsai in Portland. 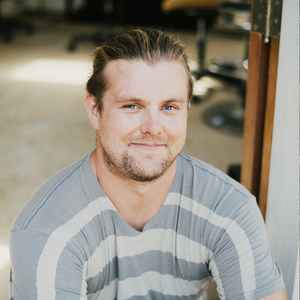 Apprenticing with Michael from 2013-2016, Bobby came from the deep waters of the Omaha Aquarium, where he swam with sharks and had a specialty in seahorses, and is now on the solid, somewhat drier soils of bonsai. An enthusiastic supporter of the Village idea from the beginning, he played a central role in making it a reality. Bobby holds the distinction of being the first person to complete an apprenticeship within the United States. Following his apprenticeship at Crataegus Bonsai, Bobby settled his business Cascadia Bonsai in the Portland area where he is available for teaching and client services, has bonsai and Keido display items for sale, and is a distributor for Kaneshin tools. He may be reached at: cascadiabonsai@gmail.com

Apprenticeships: Anyone interested in an apprenticeship at Crataegus Bonsai, please don’t be shy about contacting me. Full time apprentices may live at the garden property rent-free. There is room for two apprentices in a shared house. Term of study is 3-5 years. Interested parties, do make yourself known, come and spend time here, let me get to know you and vice versa. I don’t make long-term commitments over the phone or Internet, although that’s a fine place to begin: crataegusbonsai@gmail.com

Two other members of our bonsai family are Matt Reel and Tyler Sherrod. Matt holds the record of the longest staying western apprentice in Japan, at 7 years and 9 months, a record that may stay unbroken for a long time. His quiet and relaxed manner is a relief in the sometimes ‘louder is better’ bonsai world, and as such forms an anchor for our bonsai family here in Portland. Matt is incredibly tall. His tree styling also has a truly vast range, from edgy and dynamic to those with subtle presence. Matt is available for teaching, client work, as well as tree sales. Matt’s website is reelbonsai.

Tyler Sherrod is the latest to graduate from Mr. Suzuki’s garden, and has created his garden in his home state of North Carolina. With several study groups and a broad range of travel, Tyler is a whirlwind of activity on the East. Tyler’s cheerful demeanor and high activity are his hallmark traits. Like his bonsai brother Matt, Tyler is quite tall, which clearly is an advantage to both of them for reaching into massive bonsai and tweaking that last dangling shoot. He is available for teaching, client work, and tree sales. Tyler’s website is dogwoodstudios.

The Students of Crataegus Bonsai 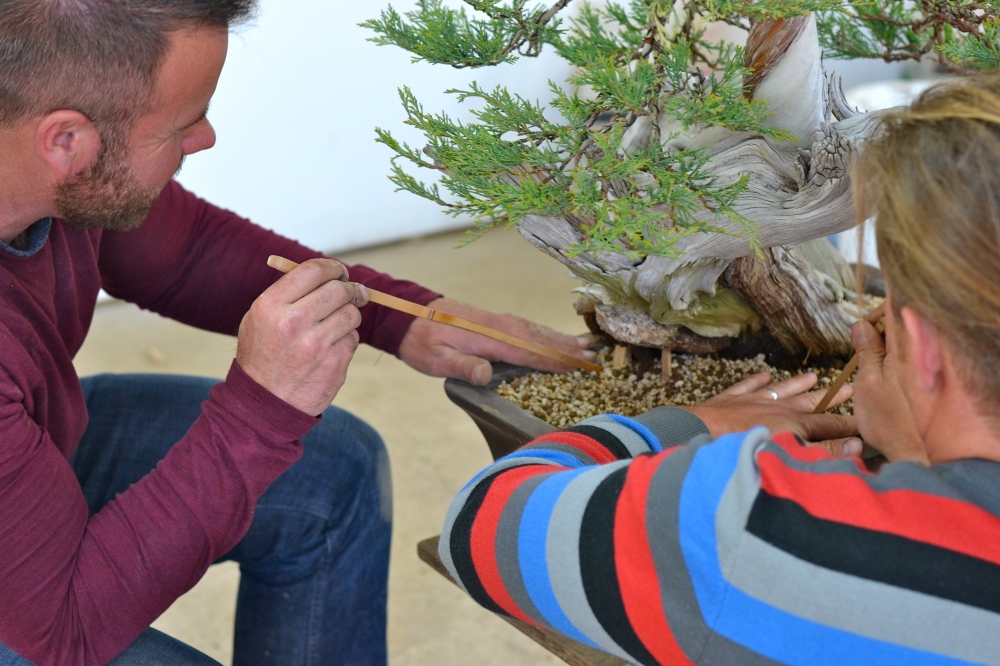