Posted by crataegus on July 15, 2017 in Uncategorized |3 Comments

This tree has some history in the garden. We nicknamed it ‘The Fish’ to distinguish it from junipers in the garden that resemble other animals. Last week we changed it to a new front, which had been raised as an option for some years now, and we finally took the bait…

The original front of this Rocky Mountain Juniper was this, which featured a great twisting branch, and what served as a nebari, which was a few old, dead roots. And it stayed this way for a few years.

A series of posts covered the creation of this juniper: 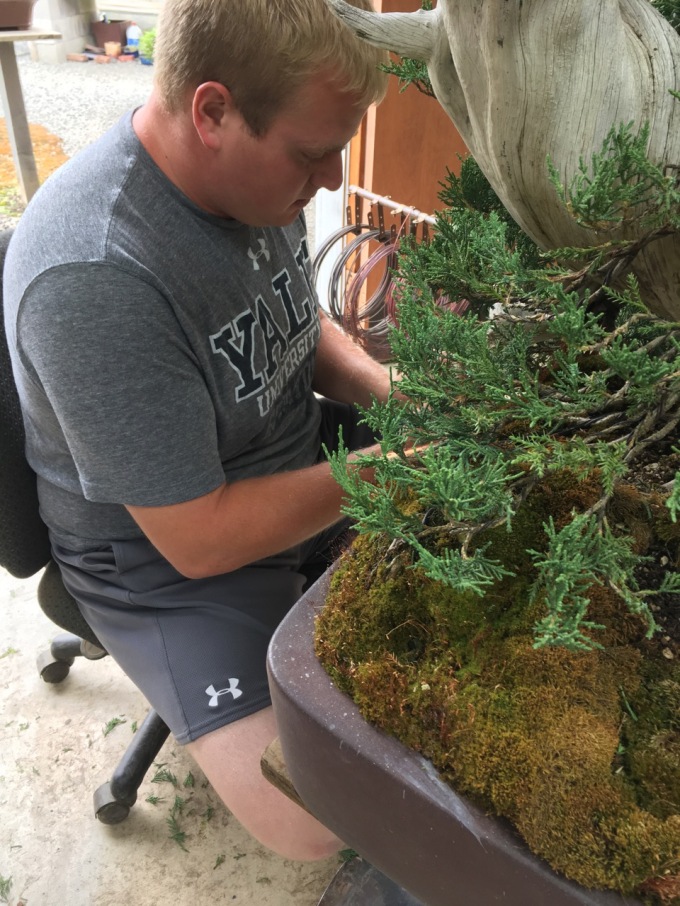 And the current front, changed last week. This front features a strong bottom with two live veins, and foliage that breaks the bottom and the top of the tree, which increases integration. Also not easily seen in this photo is that the ‘tail’ of the fish comes toward the viewer. Some minor improvements in our photography might be allowed as well.