3 Repotting Days at the February Seasonal-

Posted by crataegus on March 7, 2013 in Uncategorized |5 Comments

February ended with a great Seasonal group comprised mostly of new students—three newcomers, one returnee. Thanks Andrew, Dan, Steve, and John (our veteran) for a fantastic and productive three days. And thanks too for taking such great photos! Many of these I did not take, yet found on my camera- 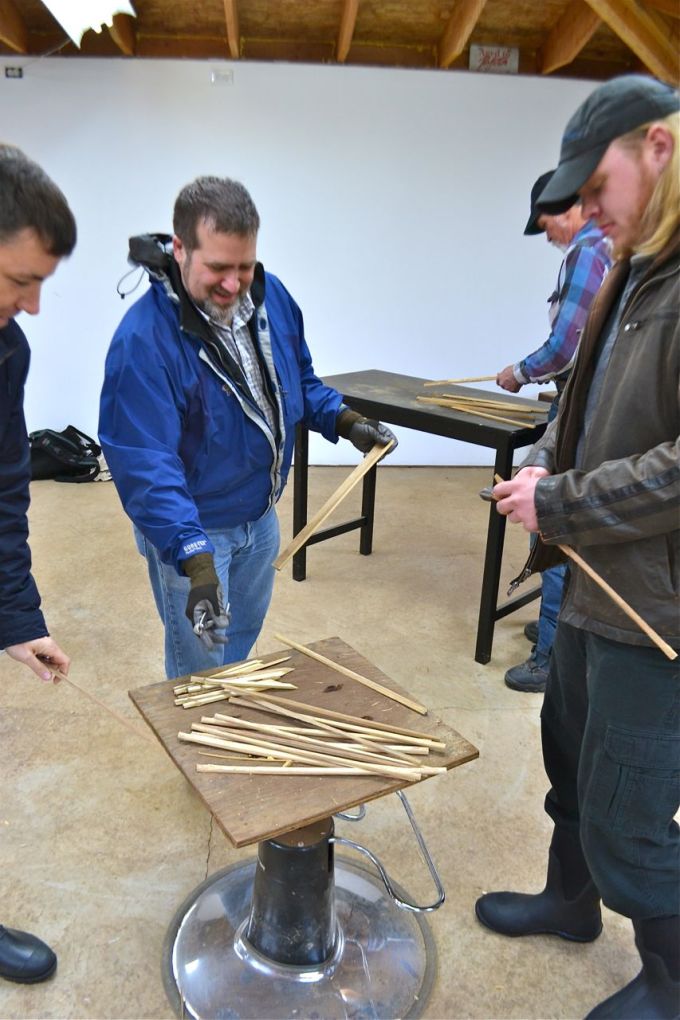 The one shot I found of everyone: A sliver of Andrew, John, Steve in the background, and most of Dan. 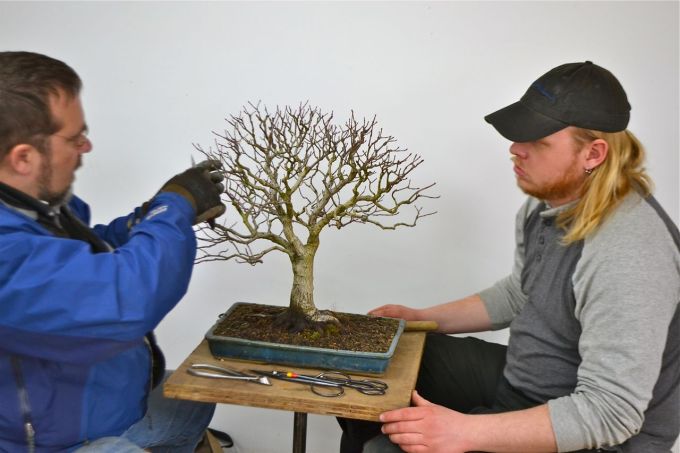 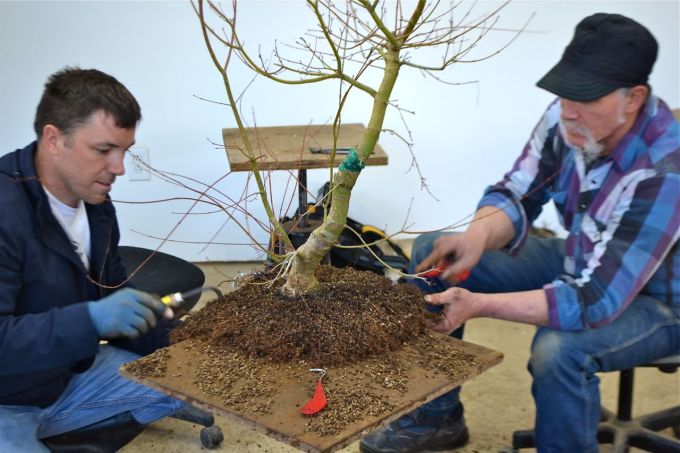 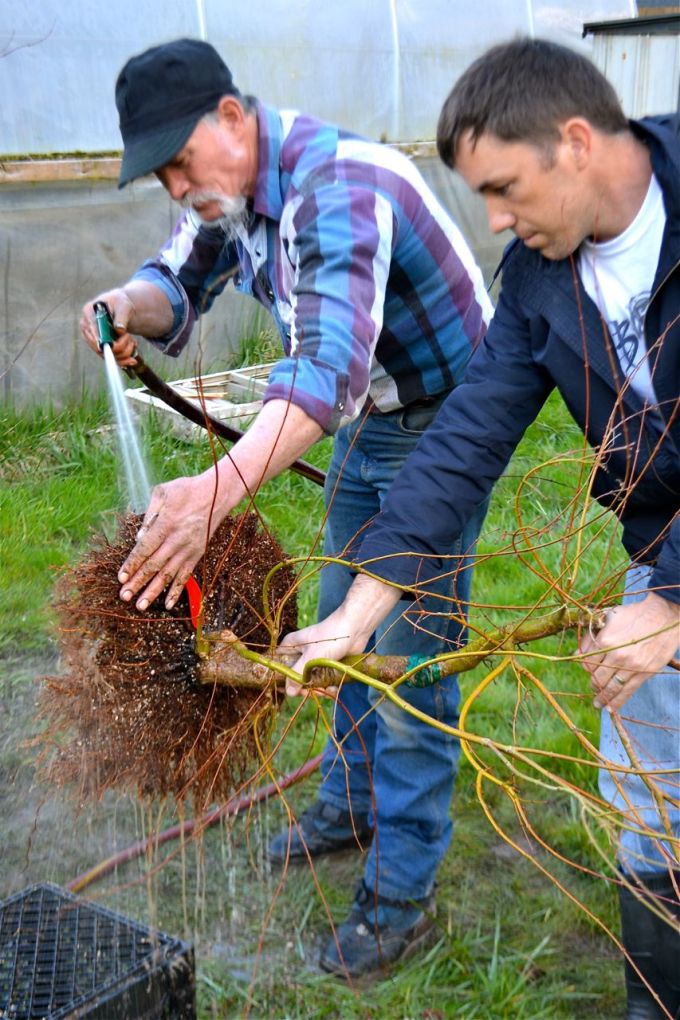 Steve and Andrew tackling the root mass of this Japanese maple. 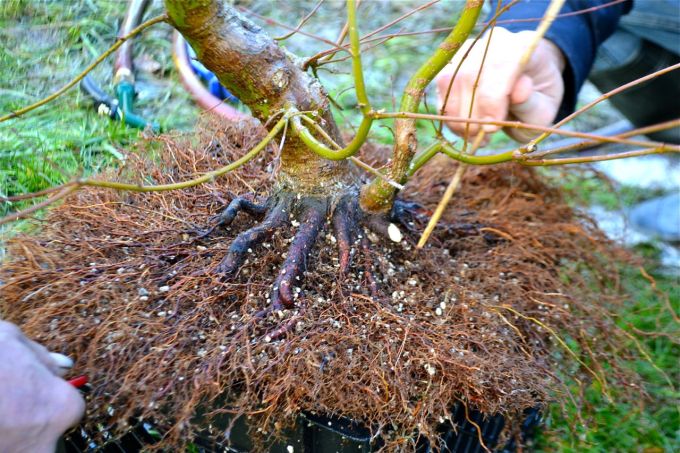 This maple is the sister tree of the one I had in the last post, air-layered about six years ago from a sweet spindly thing I bought after coming back from Japan. I got it at Wee Tree, I think. 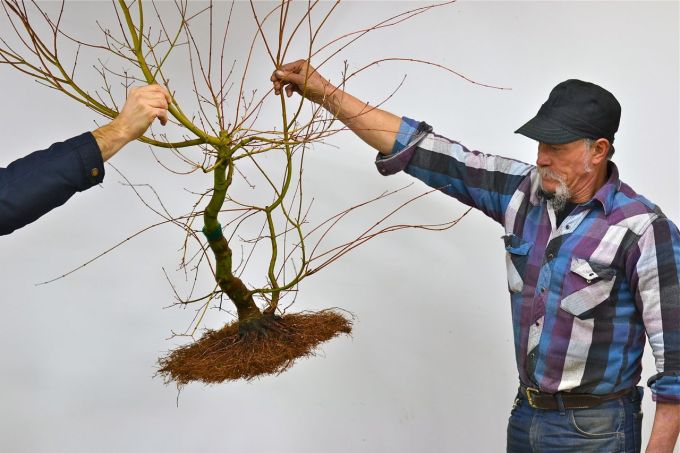 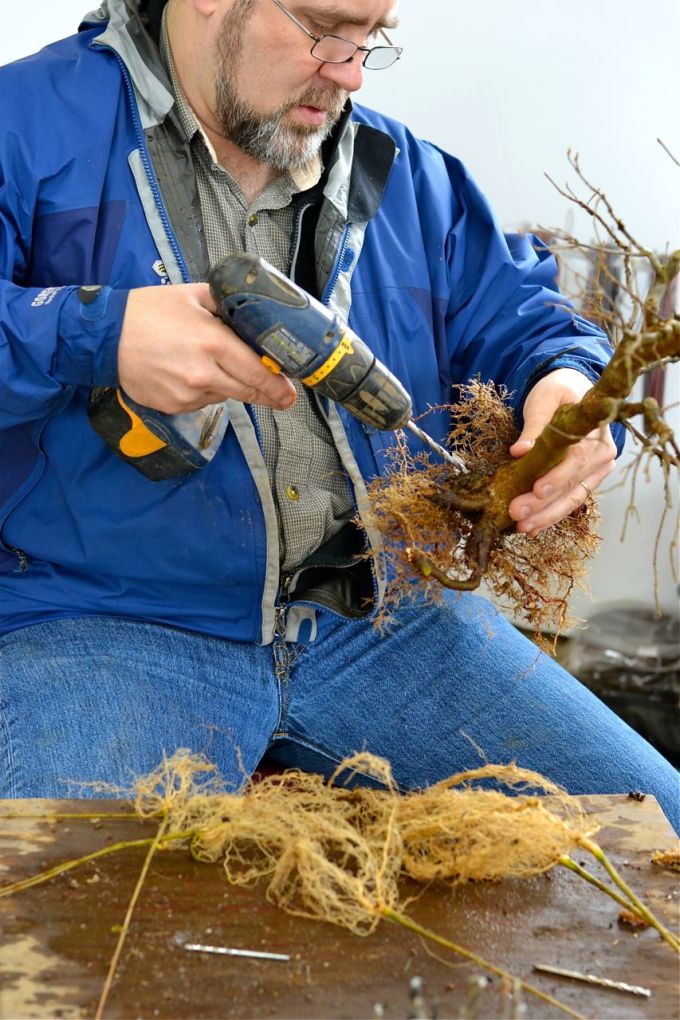 John noodling a Trident, giving it a strong suggestion to have a better nebari. Seedlings to be threaded on the table. 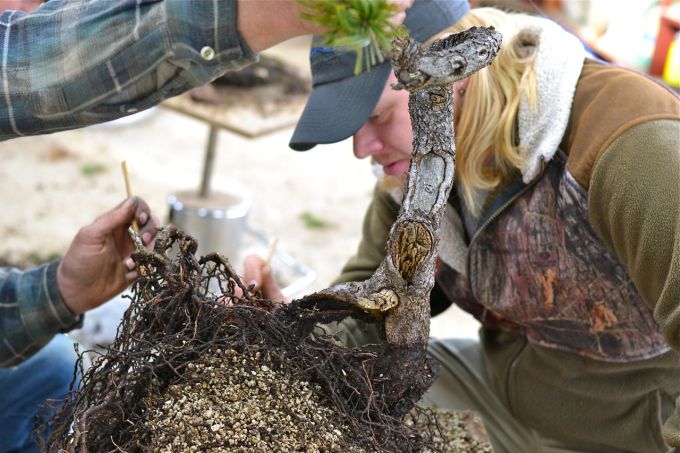 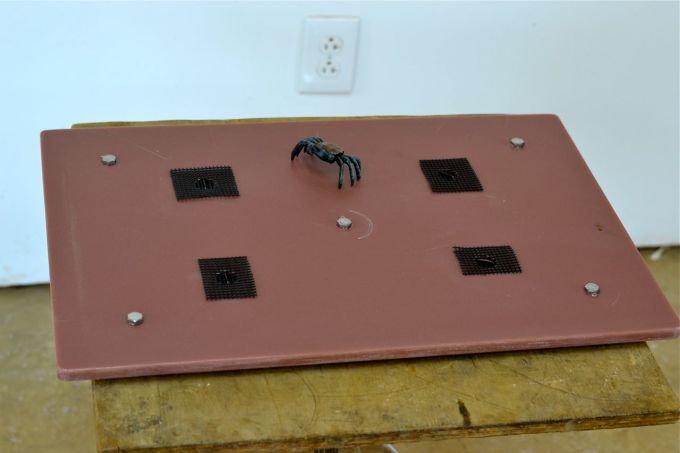 Our bronze mascot crab—as yet unnamed—who wanders around and shows up in random photos. Crustacean courtesy of Matt Reel. 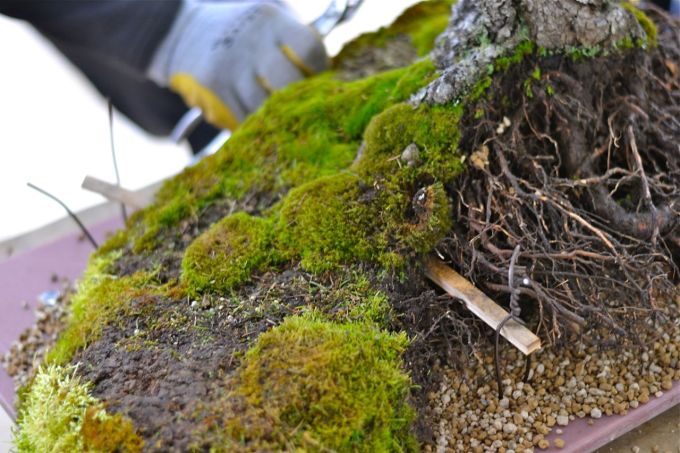 Rather wretched ‘potting soil’ discovered at the back of this spruce, so it was partially bare-rooted. The opposite side was in akadama/pumice set in place a couple years ago and was untouched. 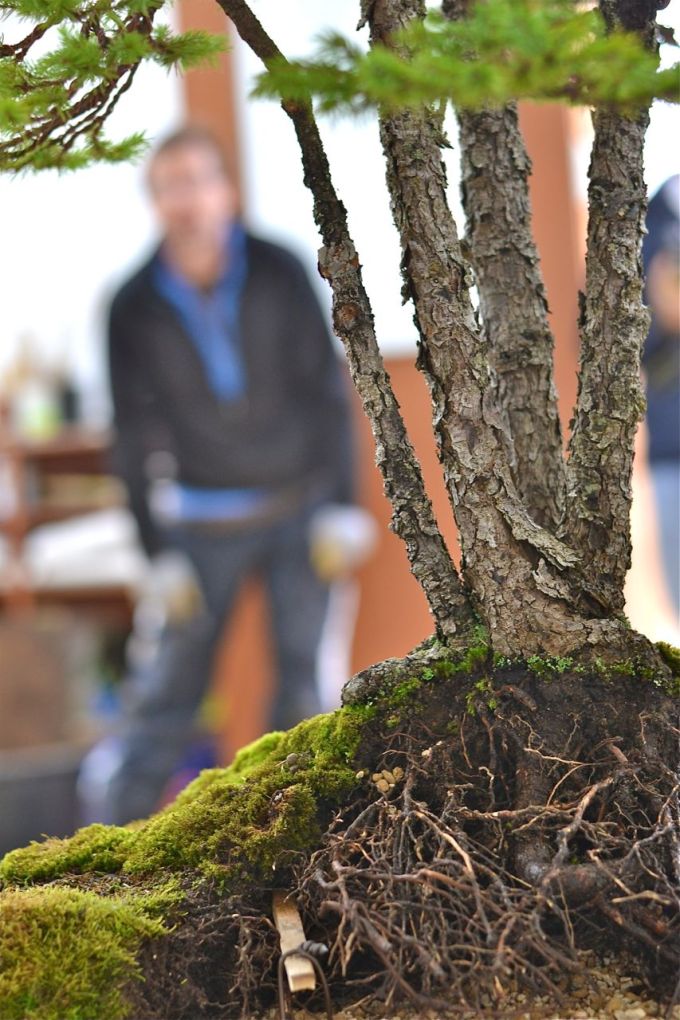 Dan- are you a professional photographer or what? Loved this one. (Think it was Dan with the camera this time…?)

Steve and I chopsticking. To anyone who does not do bonsai, that does not mean we’re fencing with chopsticks. Read: ‘Settling soil between roots’. With chopsticks. 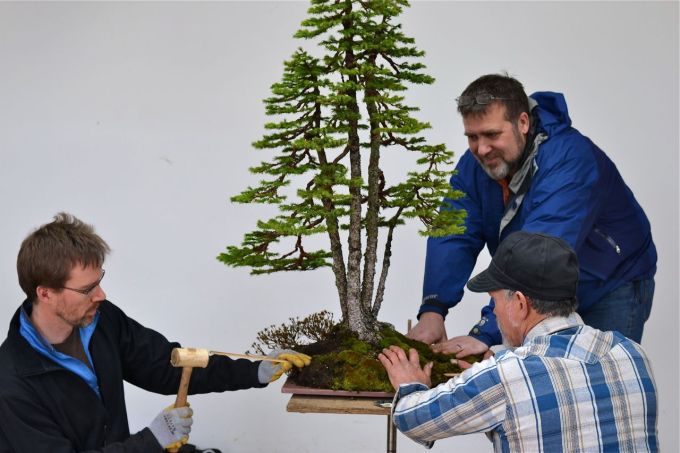 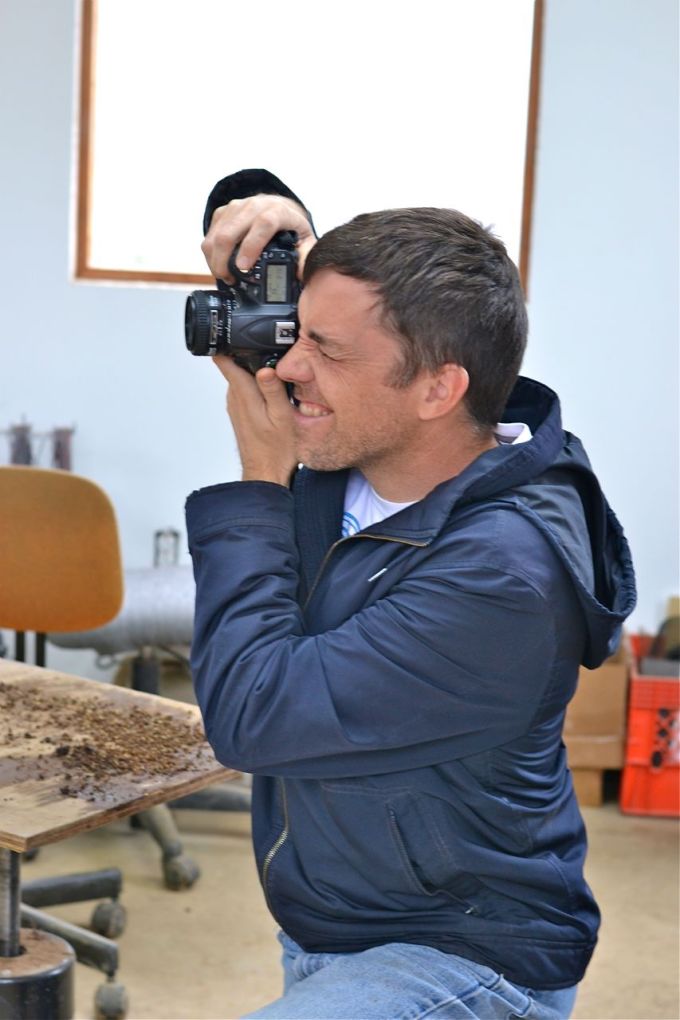 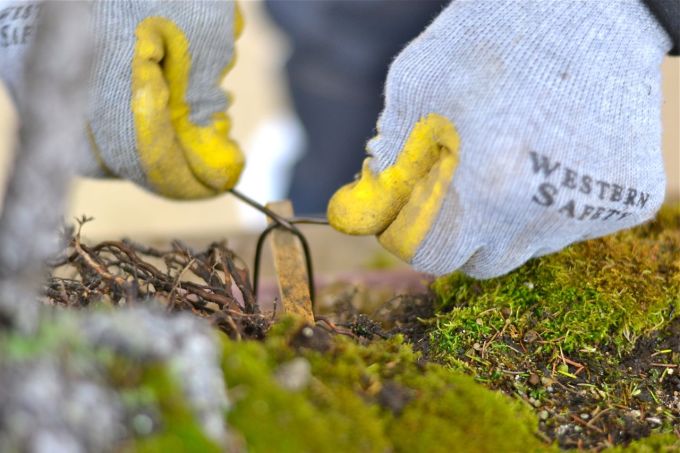 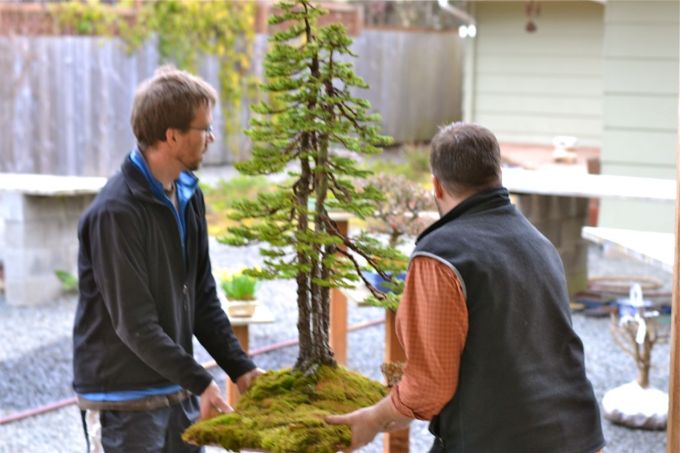