Posted by crataegus on February 24, 2009 in Before and after |2 Comments

This Ezo spruce is a prime example of one ‘gone to seed:’ A tree long neglected, grown more as an ordinary plant in a pot than as a bonsai. Before: 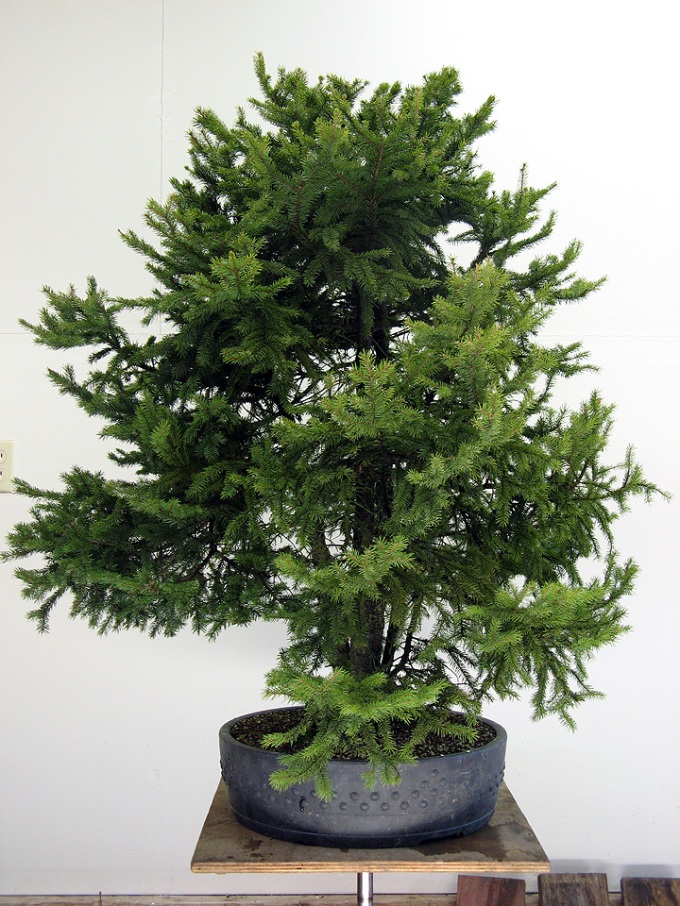 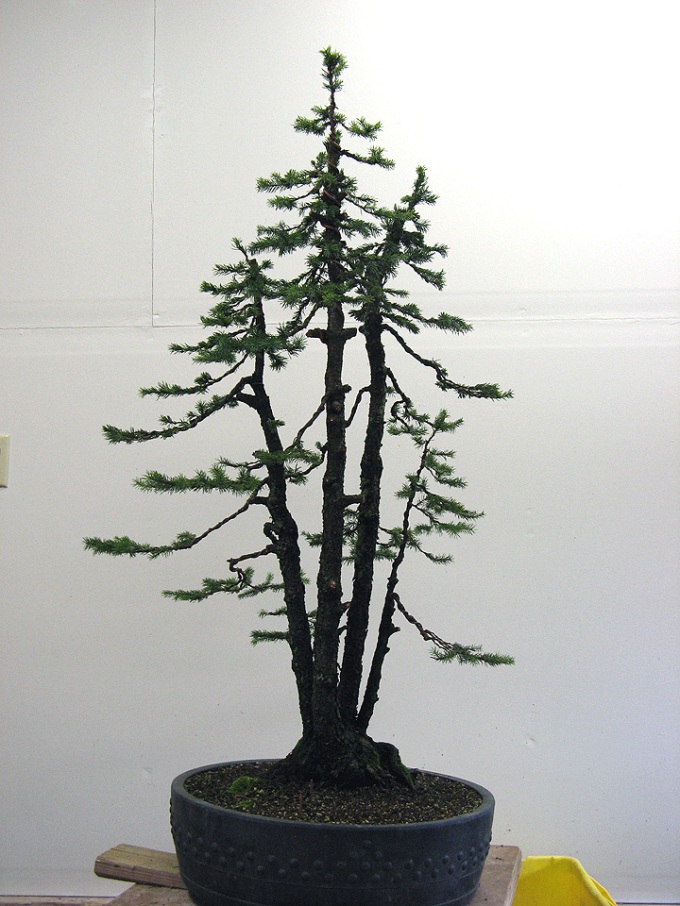 You might notice I did not cut the branches off cleanly, leaving quite a few large, ugly stubs. What I’ve noticed is that if you cut them off flush the way we might want to, they bleed too much, and we risk dribbling all that sap over the bark and down the trunk. If you’ve ever tried to clean up a mess like that, you might agree that leaving big stubs for a year is a better option. I’ll cut them off after November, when the sap flow will be down and the tree will have reoriented its sap flow to go around these lost branches.
I fell in love with spruce in Japan. So easy to work with, evocative, and strong in growth.
I’ll post another shortly when I’ve ‘potted’ this spruce. I’m going to veer a bit from the usual ‘pot’ idea on this one…