This tree was a gift. I’d not worked with the species before, Cupressus nootkatensis, and my friend Anton Nijhuis knew this and left one in 2016 that he’d collected, saying, ‘Have fun!’ And we have.

In 2017 we styled his gift. The strength of this species is marvelous. It grows much like Hinoki, and can actually be trained as one, pinching the foliage with fingers midway through the growing season. (Essentially doing exactly what we shouldn’t be doing with junipers!)

Like many dangling and loose foliaged plants, if you want careful control of structure (and you might not) the way forward is with a lot of fine wiring in the first few years. Many size 20 copper wires went on last year.

Enjoy the photo essay of this unique species- 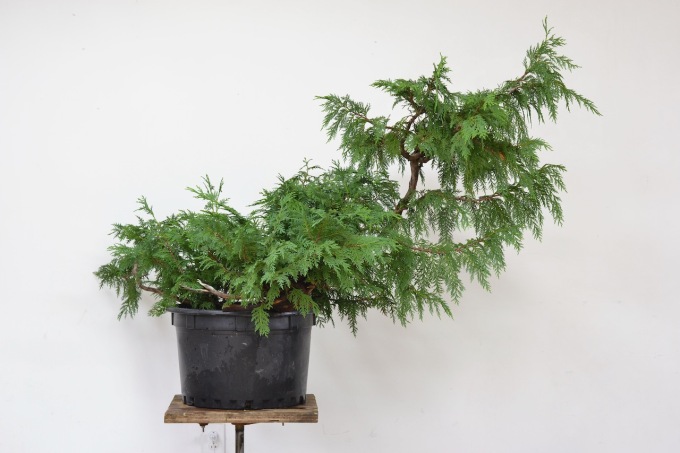 Alaska Yellow Cedar, Cupressus nootkatensis, in 15 gallon nursery pot, before any work in 2017- 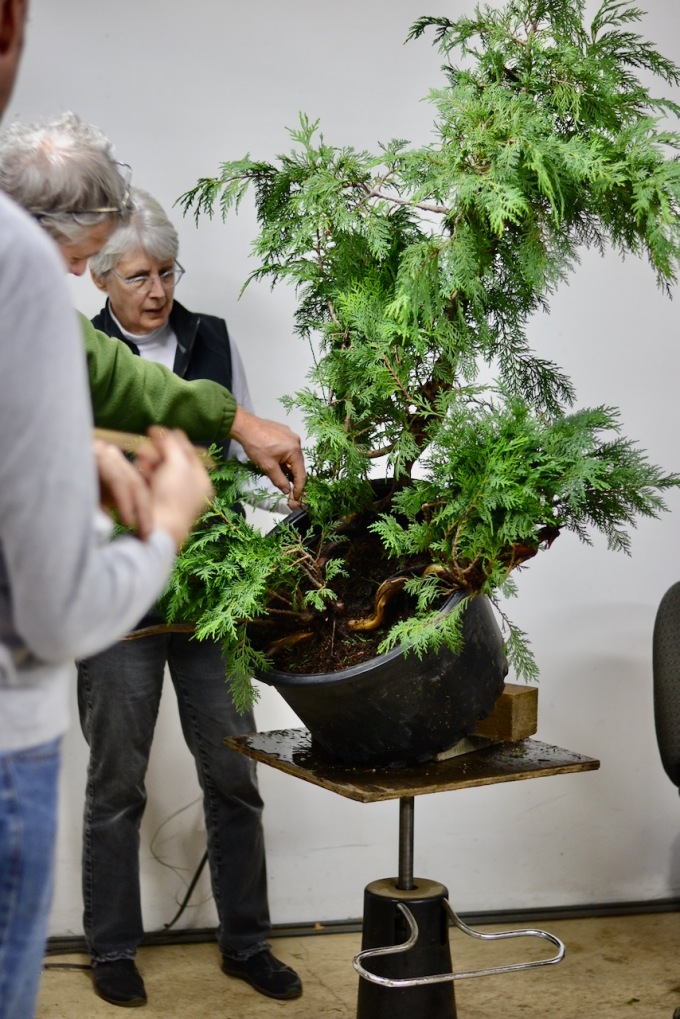 Seasonal students in November 2017 coming up with design options- 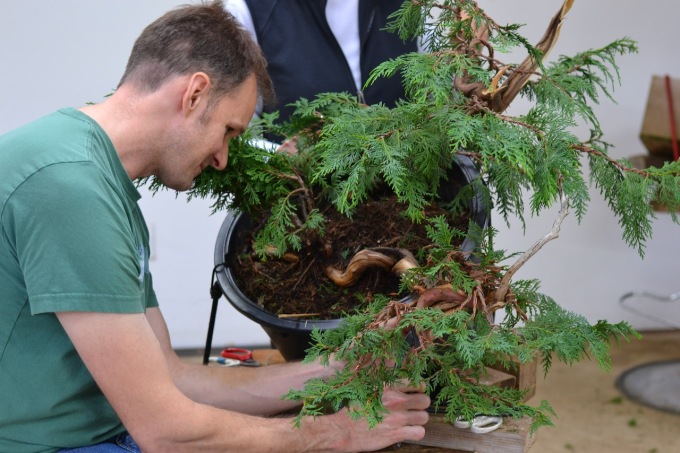 Decisions made, the first wiring commences- 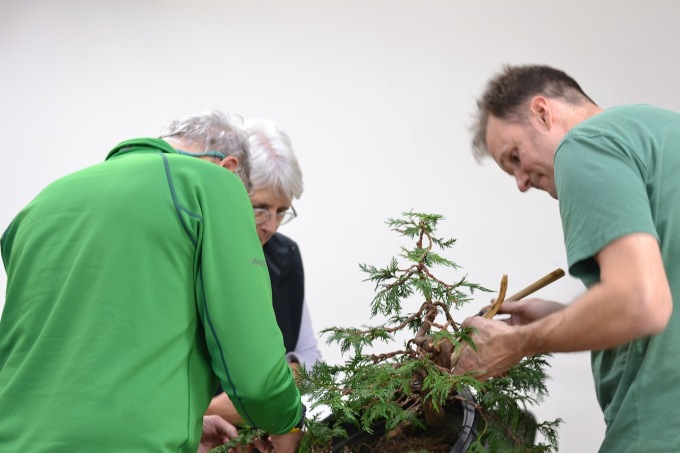 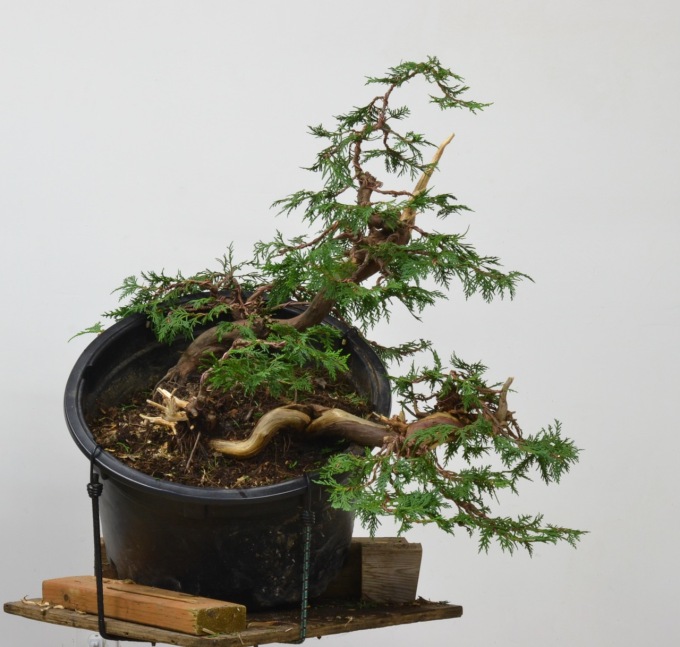 Where we ended the first session on this cedar, November 2017. 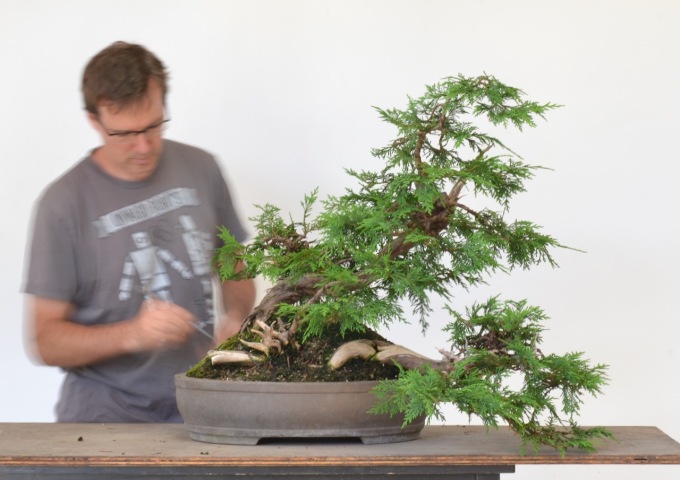 July 2018. Sporting one of my favorite work t-shirts: Onward Robots. 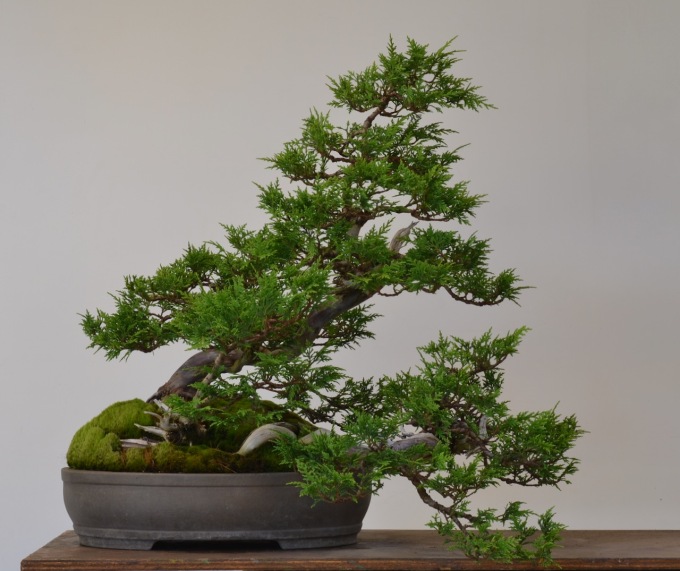 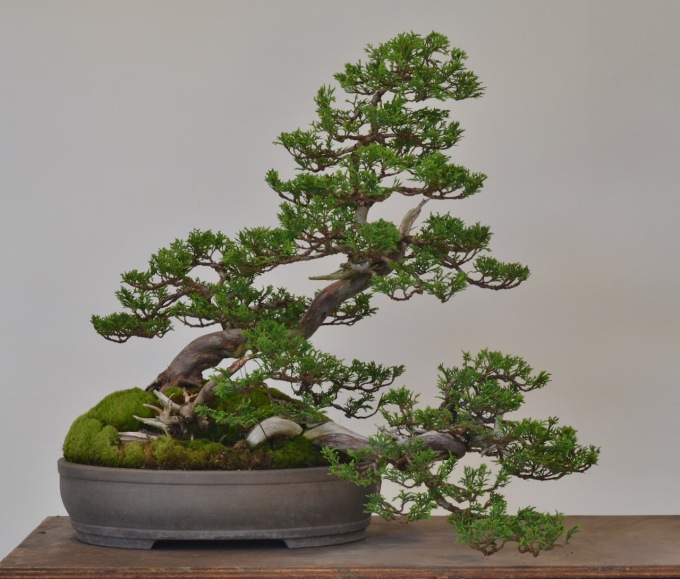 After work July 2020. We left last year’s wires untouched as most were not biting in yet, only pinching the new growth.

We were surprised and delighted by how fast this species develops. Very vigorous, but then again, in the early years a lot of fine wiring is assumed to achieve this organization and feel. Otherwise it would be as floppy as it was on day one. Moving forward, less and less wiring will be needed as the twigs gain caliper and hold themselves in place, with maintenance likely only with pinching.

Thank you Anton for the chance to work on this unusual species. We picked up another Alaska Yellow Cedar from him that we’re eager to dig into, a bigger tree with a lot of shari, which appears long-lasting in our charmingly moist climate. More on that tree soon.

Incidentally…This species has been in an identity crisis lasting over a century. It appears related to Cupressus because of the cones, but also resembles Chamaecyparis due to the flattened sprays. We’ll leave such tussles up the taxonomists; it’s usually called Cupressus nootkatensis but you can also find it listed as Callitropsis nootkatensis, a lovely if little used tree for bonsai native to the Pacific Northwest.