Posted by crataegus on January 21, 2020 in Uncategorized |8 Comments

This is an earlier work, black pine grafted on a ponderosa trunk. I think it was grafted about 9 years ago. It’s a small tree, a chuhin at 14”. Collected years ago by Randy Knight; recently reworked by apprentice John Eads.

In our first post on this tree, Black Pine/Ponderosa, I suggested calling it a Frankie tree, for the Frankenstein element of splicing two genetics together. And though I’m in danger of sounding like a broken record, I do think grafting has a real place for the long-needled ponderosa, particularly in the case of smaller bonsai sizes. There are several examples in the blog archives of smaller Frankie pines (just type in ‘black pine’ in the search field). 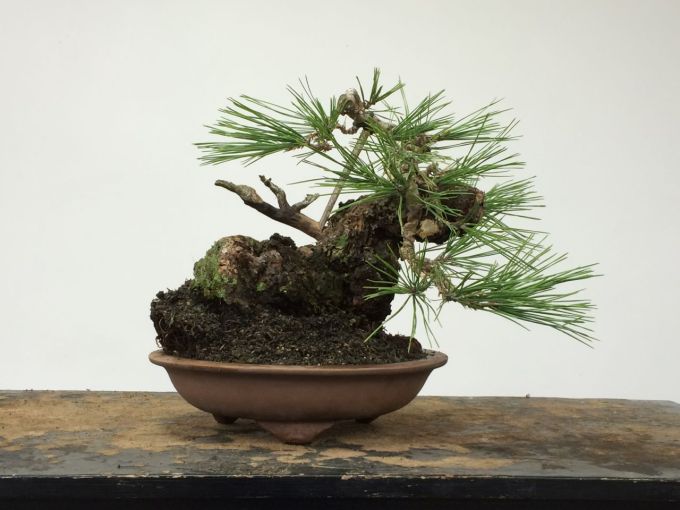 About four or five years after putting two cleft grafts near the trunk, on older branches, this ponderosa/black pine Frankie tree got potted up for the first time. This is in March 2016. Pretty thin, right? 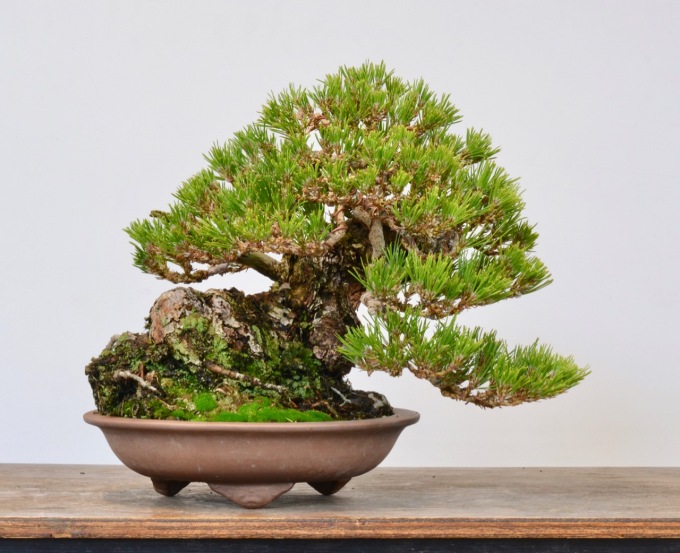 In December 2019, four growing seasons later, with yearly decandling, which brings speeded-up ramification. Never did cut off the jin to the left, which is adding nothing. Considering a square or octagonal pot for the future, but it’s not been repotted in four years and doesn’t need repotting this year, either. Ponderosa root stock does not make a dense root mass very quickly and keeping them slightly root-bound helps control legginess in pines, and many other genera for that matter.

—Dark Paths of Apprentices: Nothing to report, which makes me nervous, assuming plotting is underway

—Seasonals: A couple spots opened up for the 2020 three-day sessions, please send email if interested to crataegusbonsai@gmail.com

—Vivian: Happily living as an outdoor cat in the bonsai garden, everyone can stop worrying

—Birding in Panama: See public Facebook posts of stunning birds from January adventure (no need to friend me to see them, we can remain enemies; posts are under Michael Hagedorn)