Bunjin get a bad rap or a badass rap. There’s also those who will pass it by on the bench without comment. I figure the no comment is the most interesting reaction.

I thought it would be fun to explore bunjin in a several part blog series. In this first part we’ll touch on bunjin’s poetic sensibility.

Just to warm up, here are a few bunjin. 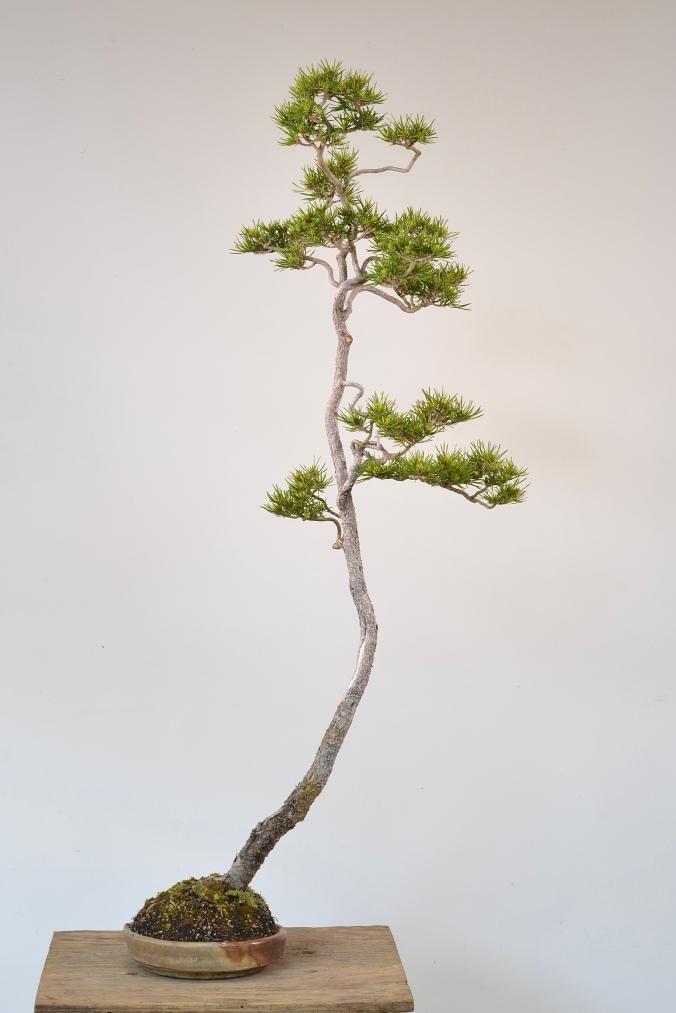 Several bunjin bonsai. First photo courtesy Bonsai Eegit, the last, Peter Warren. The last is the truest form of bunjin, with a lot of savor.

For Part I in this series I looked up one of our foremost translators of bonsai to the West, John Naka. The following is an abridged version of his words about bunjin, originally printed in Golden Statements, March/April 1993. (Though edited lightly, I left his poetic style of writing, to puzzle over as I have. Bunjin themselves encourage puzzling.)

A bonsai style commonly called bunjin style in America or simply bunjin. However, one should know the meaning and understanding of bunjin. Bunjin means literary man, man of letters or literati. Opposite of bunjin is bujin which means soldier or military man, or in the old days in Japan it would mean a Samurai or Bushi. Opposite characters are bunmin which means common civilian, and soujin which means priest. Amazingly, all of these – bunjin, bujin, bunmin and soujin are related terms to bonsai. However, bunjin describes the most outstanding, elegant, refined, simple and artistic, a personal concept among author, poet, poetess, artist and calligrapher. So, named after this bunjin, for bonsai it is called bunjin-bonsai or bunjin-gi (bunjin-ki). Gi or ki means tree.

My teacher Mr. Shinji Suzuki would talk a lot about savor. Not just for bunjin, but particularly for bunjin. He’d agree with what Naka has written. A tree with savor is one that you keep coming back to, as if seeking an answer not easily given. And one that, like an acerbic person, you admire and respect more as time goes on.

This series continues with “Bunjin Part II”, in a few weeks.