Posted by crataegus on May 23, 2020 in Uncategorized |7 Comments

Bonsai Empire keeps rolling out new online courses, the latest being a rare look into the garden and work of Masahiko Kimura. This is the first time Mr. Kimura has agreed to do an online course.

Kimura Masterclass is divided into several sections: 1. the styling of a windswept white pine, 2. creating a juniper rock planting, 3. a wander through the garden’s two areas, and 4. an interview.

While Mr. Kimura does not offer any of the rare bending techniques he’s famous for, the sensitivity with which he sets branches on this white pine shows that he’s not just an inventor. The slow pace of the course allows for a thoroughness in the teaching. 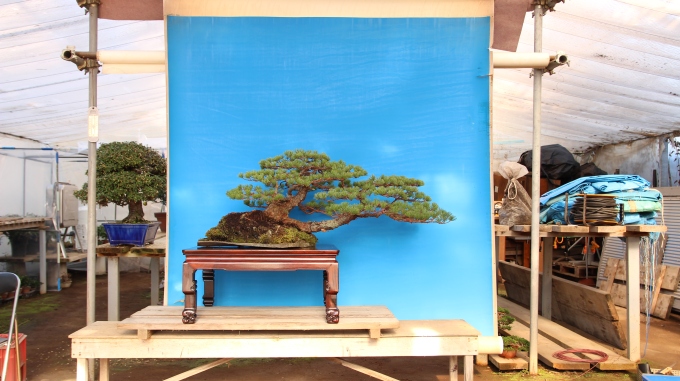 He explains many fine points in his styling including the reasoning behind why he made such a broad crown on this windswept. It is interesting to see how the set of his branches has changed over the years, becoming much softer in the latter part of his career. 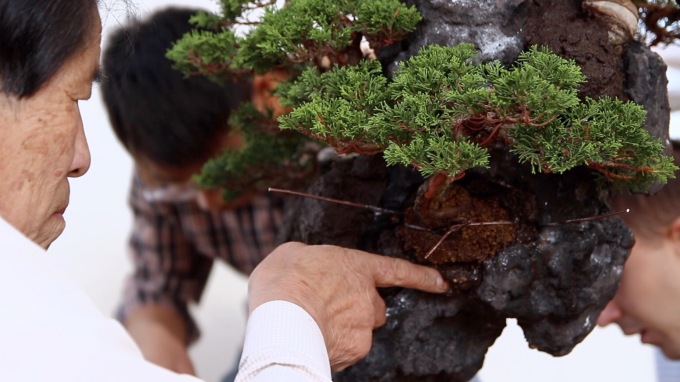 Apprentices help attach pre-wired junipers to this rock. They create their own dramatic rocks using techniques of reductive sculpture, later coloring them as well. Commonly Mr. Kimura uses a rock to suggest a trunk, and several small plants to suggest one larger one, and this composition follows suit.

Two areas are shown, the display area (shown here), which is public, and the private area, which is not, containing client trees and works in progress. It is very rare to get a look at anything in the private area so this is a nice glimpse.

The end of the course was my favorite part, an interview showing off Mr. Kimura at his most introspective.

Once again Oscar Jonker of Bonsai Empire shows off his skills as a videographer and as a reporter, only gently guiding with questions through a translator, and mostly allowing artists to speak and present for themselves. Keep them coming!