Posted by crataegus on August 20, 2019 in Uncategorized |13 Comments

Growing up in Upstate NY there were a lot of lovely highbush blueberries growing wild in the woods, and I’d always wanted to try one as a bonsai. Took a move to the West Coast—where they only exist in nurseries—to finally get around to it.

Highbush blueberries, Vaccinium corymbosum, have great erratic, natural branch lines if grown slowly. This one had evidently been poking along at a mollusk pace for quite some time and that’s the reason the branches are not straight as an arrow. They are often precisely this straight in lushly growing cultivated rows, where chortling, happy multitudes of blueberry pancake fans congregate (and many just inveterate gobblers).

Visions of nicely tart fruit aside, a couple years back we dug through the available pots and had a pot choice exercise with this specimen in a Seasonal winter session. And we took photos.

One might wonder why I’m posting this in the summertime, and I have no adequate defense except that I found this draft lurking about unposted, and summer is actually about the time of year I begin to ponder pot choices for next spring. So there we are. A blueberry and some pots.

This is what we started with, a highbush blueberry of forgotten variety in a one gallon pot, about 12″ / 30 cm tall 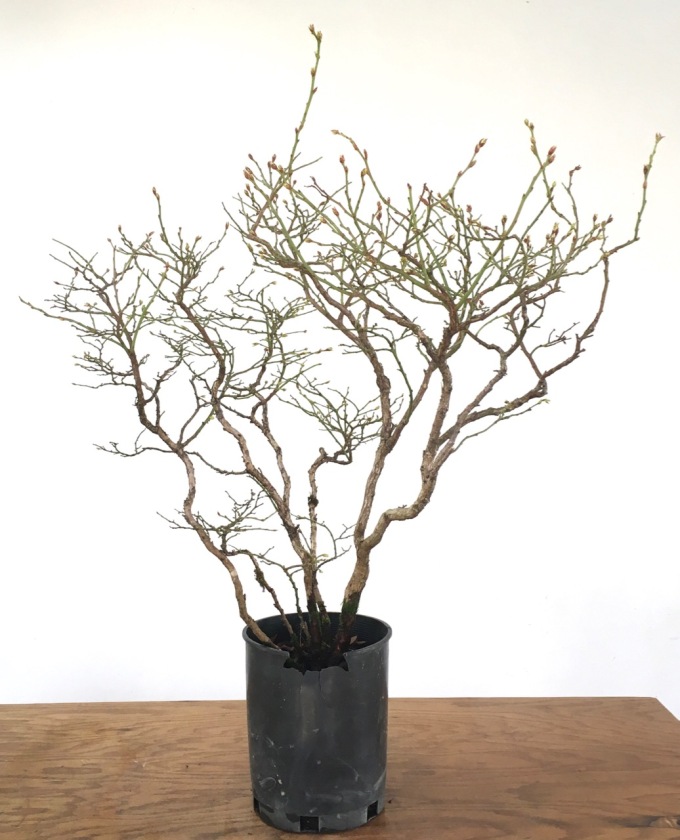 The available containers lined up, with the blueberry tipped at a jaunty angle 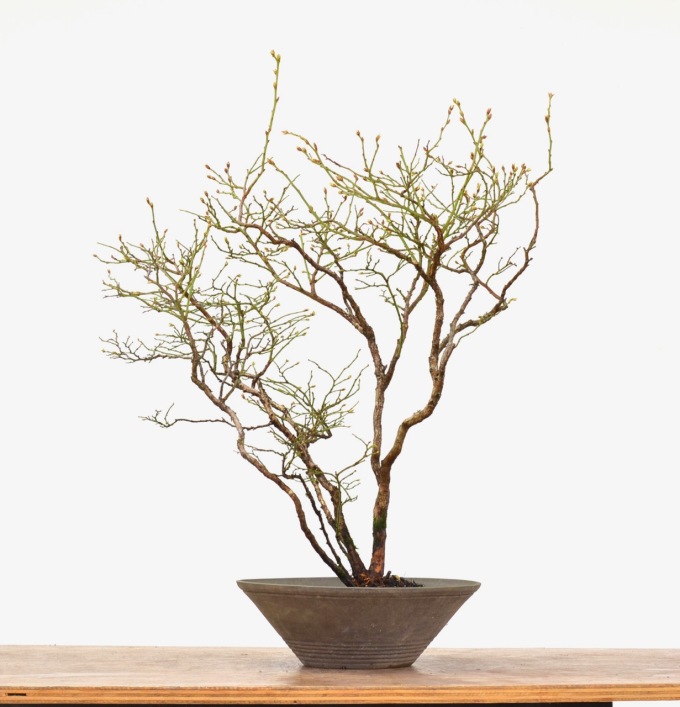 And fourth and final option

Following a feisty round of squabbling in the Seasonal class, the first option won out. This photo is a couple years after potting.

The simple, round pot is an easy counterpoint to the organic nature of the branching. The next two are good options, though we decided to not restate the organic line quality of the trunks with an organic pot. And the fourth is another possible option, but the pot is too large. There were no glazed/colored pots that were of the right size so that limited things for the first potting. The branching was selectively pruned to rein in the vigor of the plant and to leave only those with nice erratic movement.

As any pot choice champions one part of the tree and minimizes others, there’s often a lot of acceptable pot options and many can be argued for to enhance a particular plant element that you like. Think of pot choice as less right and wrong and more along the lines of what feeling you wish to support in the plant.

A bonsai like this is useful in a So display, which is on the playful end of the spectrum along with large kusamono and bunjin. This might be shown with an animal or bird that—like the relatively short blueberry (compared to a tree at any rate, at about 5′ max)—is also found close to the ground. Consider a miniature bronze of a toad, or an image of a Northern Towhee (employ your local artist), a bird which shares the same range as the blueberry and scratches around in the leaf litter. Or something else along those lines. 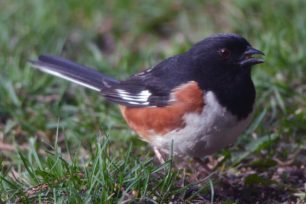