Posted by crataegus on February 22, 2019 in Uncategorized |16 Comments

Revisits are good for showing how bonsai change over time. It’s been four years since we saw this juniper, years in which it’s been trudging along keeping its head down—quite literally, it’s a cascade—and yet making visible strides during those years, too.

As a quick recap, the trunk of this tree is Rocky Mountain Juniper and it was grafted with two veneer grafts of coarse Shimpaku. This was 10 years ago. The original post covered the day the Rocky Mountain foliage was cut off and it had to fend for itself with Shimpaku: Day of Yikes.

Since 2014, the date of that first post, the tree has been wired several times, and is already showing some of the soft mounds of foliage that Shimpaku is justly famous for. Now many of the branches don’t need wire at all.

The speed at which one can make a fully realized bonsai from a few 2″ shoots grafted onto the branches of an old trunk does clearly underline why for the Japanese this is the money tree. 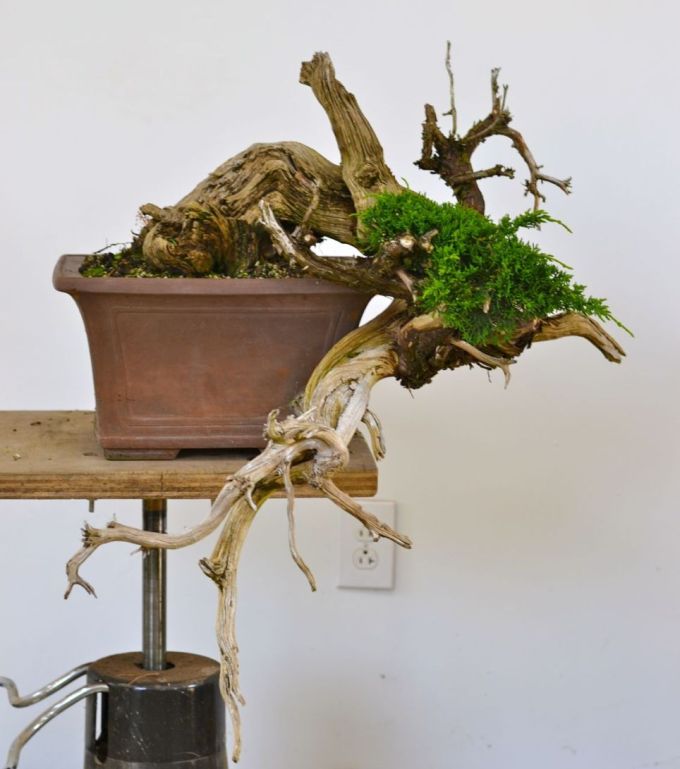 The day the juniper’s Rocky foliage was cut off, in 2012, three years after grafting. 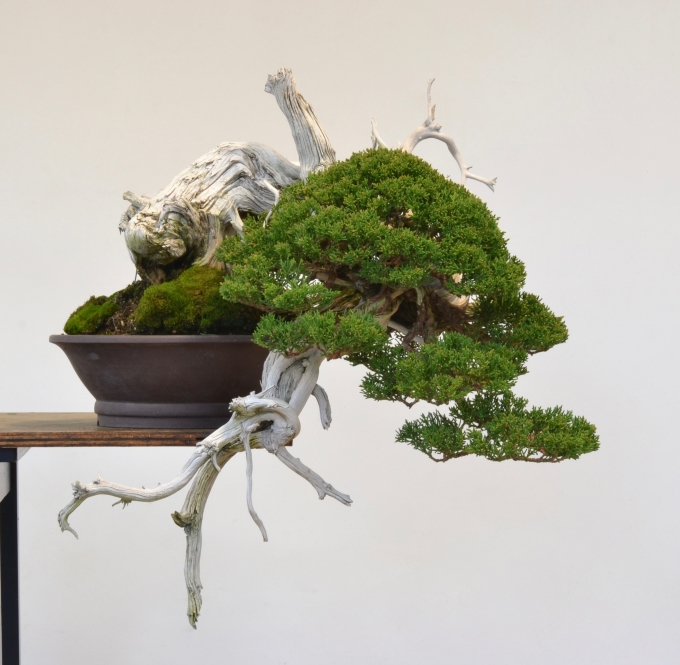 And in early 2019, seven years since the Rocky Mountain foliage was cut off. Juniper is one of the fastest developing genera of any used in bonsai.