A Few Thoughts on Moss Gardens for Bonsai Folks-

Posted by crataegus on September 8, 2017 in Uncategorized |6 Comments

Living in the moist Pacific Northwest of the United States, one would think I’d not have any trouble growing moss. However, being a stubborn fool, I attempted to grow it in the sun. I have a few thoughts on how to grow moss wisely, and even how to grow it well if you choose to be unwise.

Initially my ‘sun moss garden’ was a spectacular failure (wrong moss.) Then it went through a period of episodic failure (some moss species grow in cycles, weird.) And now it is stabilized (better moss selections.)

This has taken the better part of 7 years to figure out. If you’re not positioning your moss garden in the sun, you’ll have it easier. 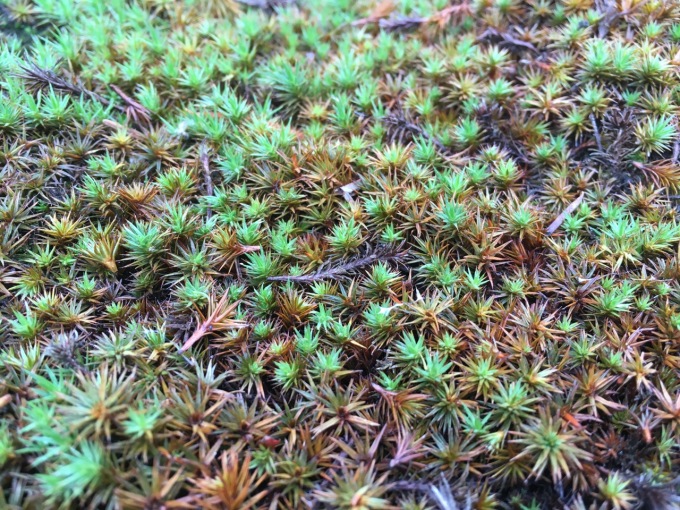 This is Polytrichum, a genus that is highly adaptable to many sun/shade situations and is very tough when walked on

Here are a few things I’ve learned for those interested in growing their own moss garden (which I do highly recommend…it has a much quieter feeling than grass…it grows under trees where grass won’t easily grow…friends comment on it, often positively…):

My suggestion is to keep your moss garden small so it is easy to manage, and to consider doing everything by hand for a chemical-free moss garden. Invite friends to help you weed, and then stay for tea (most won’t go for that tradeoff, but it worked once for me.)