Several years ago I began working with a client who had a Foemina Juniper, Juniperus chinensis ‘Foemina’, of some provenance. The bonsai was created by Shig Miya over 30 years ago from an air layer, and the tree’s only branch was grafted on—a true feat of plant engineering.

At the time we began on this tree, I had little experience with Foemina and its possibilities. From the foliage I sensed that it could be maintained like a Japanese Needle Juniper, Juniperus rigida—the rather infamous prickly, cactusy juniper that elicits dire curses when wiring it. The Foemina had long, vigorous, plentiful shoot growth in the spring, and that is a Needle Juniper characteristic. I’d also yelped a few times working on it. And with that as evidence, for the last six years I’ve maintained the tree as if it were a Japanese Needle Juniper. 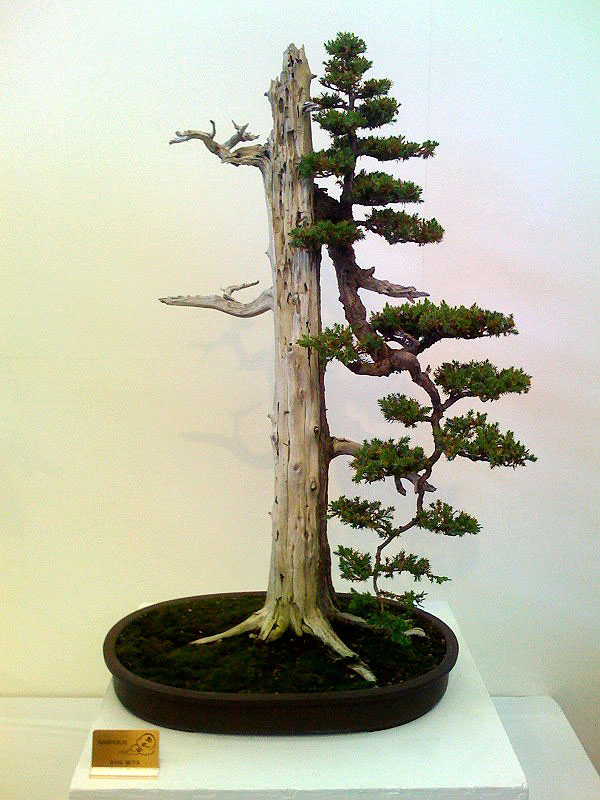 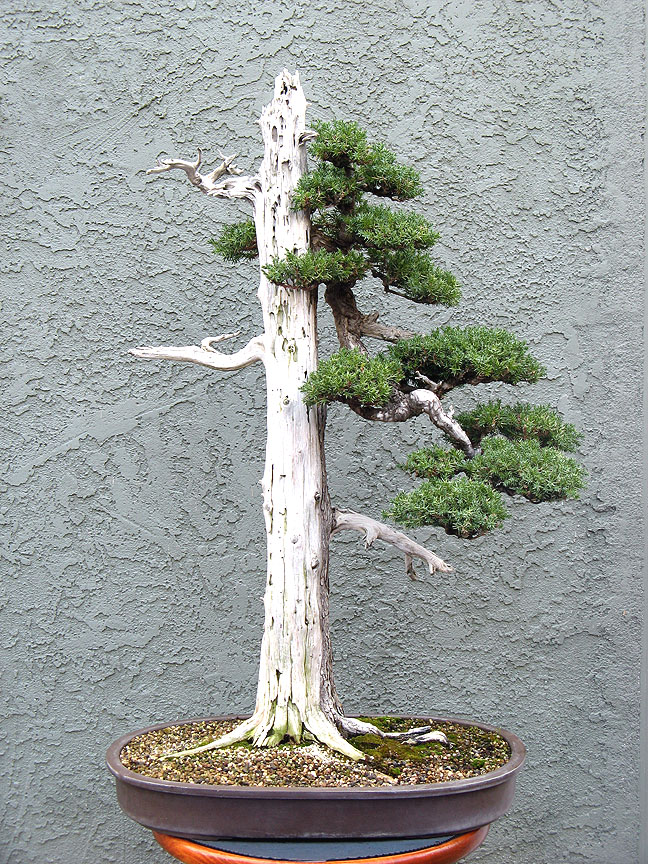 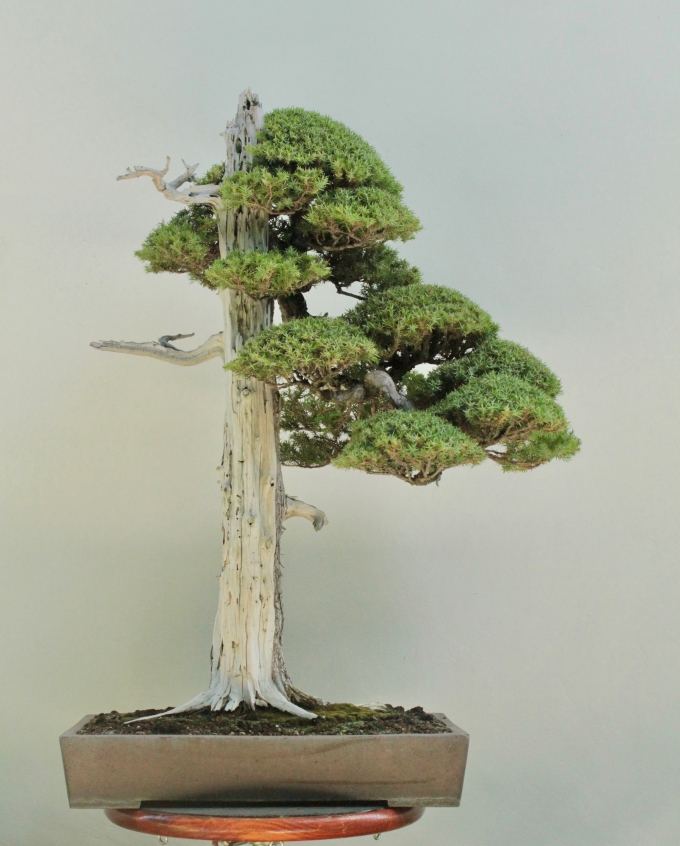 Foemina Juniper after 6 years of growth and maintenance using Needle Juniper techniques, 2017. We changed the pot, now it’s in an unglazed nakawatari (middle crossing: meaning, from China in the ‘middle’ import years, about 100-200 years ago.)

The training of Japanese Needle Juniper is quite unlike that of scale junipers, such as itoigawa or kishu. For Needle Junipers, the trees are left to run in the spring so that long shoots are everywhere before cutting them off in early summer…all off…down to a few millimeters of the new growth. Carefully orchestrating the cut, one can craft the curved dome of a pad. With this maintenance technique one is able to create very delineated pads with great structure, much like the look of old hinoki and crytomeria pad structure, with the ‘fingers’ of the shoots rising to a dense cap of foliage. Not fast going, a tree of this density can take much of a day’s work, with very sharp scissors in one hand and a tweezer in the other to pull out debris from the inside.

I found the spring shoot extension of Foemina very similar to Japanese Needle Juniper. To develop this Foemina Juniper, I have cut the shoots 1-2 times a year, and only when it showed enough strength to do so.

To see the tree in its original form, try the first article about it: https://crataegus.com/2011/12/14/tar-and-feathering-changing-a-famous-juniper/