The Bonsai Work of Matt Reel

Posted by crataegus on August 4, 2013 in Before and after, Uncategorized |7 Comments

As those of you who know me well are aware, I’ve a tendency to find nicknames for people. I met Matt Reel briefly before he started apprenticing with Shinji Suzuki. At the time he’d just finished high school, and I started to call him ‘Young Reel’. Well, now it’s seven years later and I’m naturally seeking other nicknames—they must change, you know—because although he’s young, he’s definitely grown beyond that earlier nickname into something more distinguished. Especially given his current bonsai work. ‘Tall Reel’ came to mind, although in truth he was just as tall when he started as he is now, which is roughly 6′ 6″, and in physique not unlike Michael Phelps. So, given that awareness, I need to be sure he’s ok with any new nickname or I’d be at risk of being picked up and unceremoniously dropped in a trash can. Which, given that I’m his sempai, would be an unlucky fate. Still seeking an appropriate nickname… so for the time being he’s ‘Matt Reel’.

Last week Matt sent me some photos of his current work in Japan. As you correctly read above, Matt has been an apprentice now for 7 years. Believe it or not, he’s originally from Portland, Oregon, and will be coming back here to be a member of our growing Portland Bonsai Village. He’s going to be a fount of knowledge when he returns in February of 2014, and if any of you have been casting about for new faces to present for your club or whatnot, you could not do better than contact Matt. Also, he’s very nice. And did I mention tall? 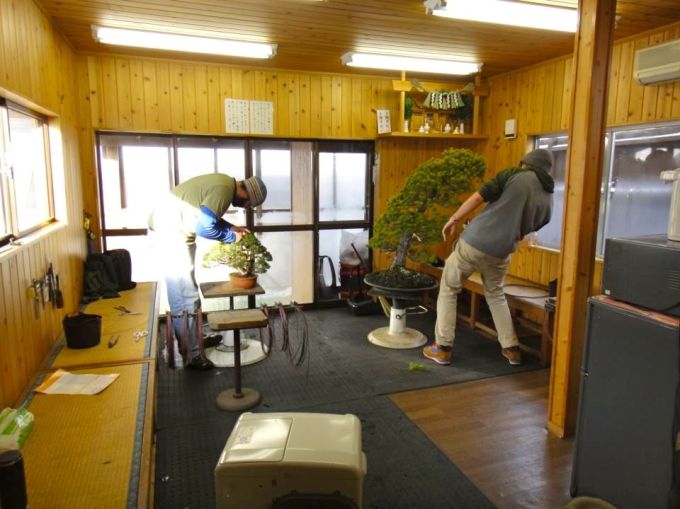 Matt Reel (right) in the studio, along with Tyler Sherrod (left). Ubiquitous kerosene heater in the foreground.

The next six images are Matt’s ‘before and after work’ photos: 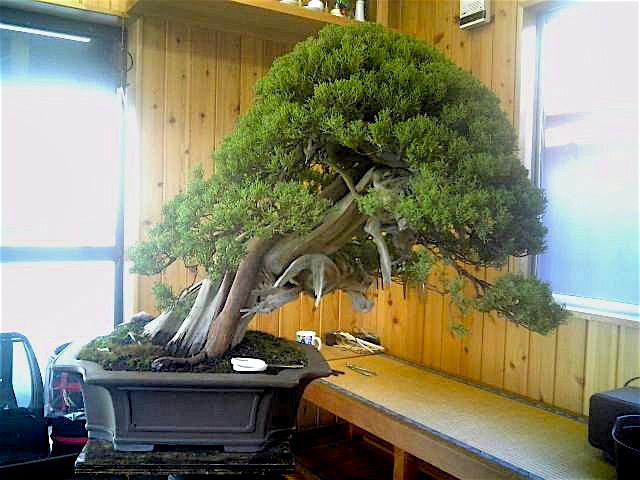 And these next few are stand-alone photos: 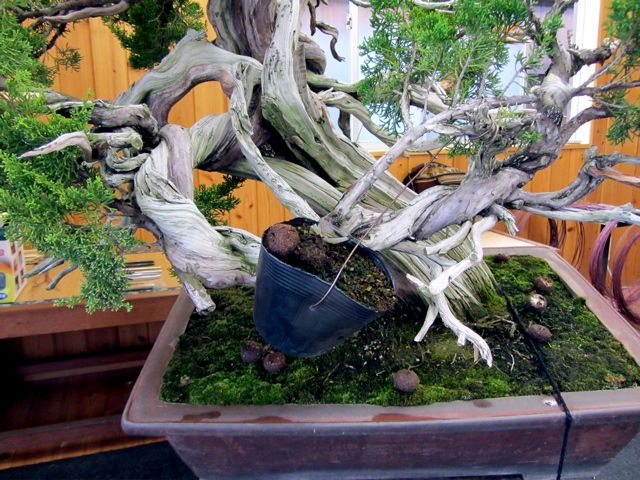 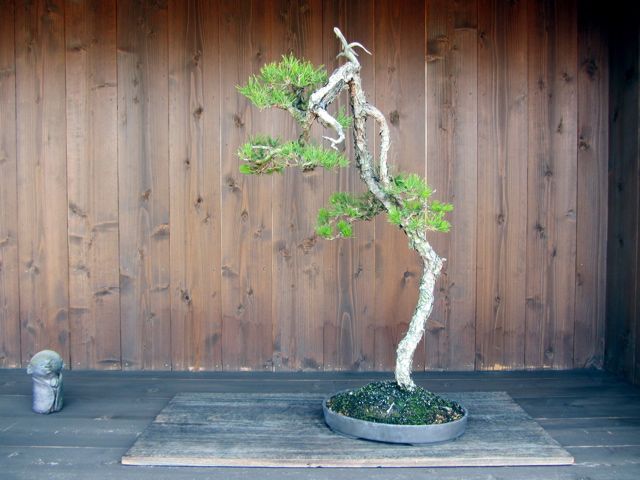