Posted by crataegus on July 5, 2012 in Uncategorized |27 Comments

I remember the days when moss was the enemy. The idea was that moss impeded water penetration, or kept the pot too wet. So it was a surprise when I was an apprentice that Mr. Suzuki encouraged moss to grow on the soil, and I discovered there were some advantages to having it there. 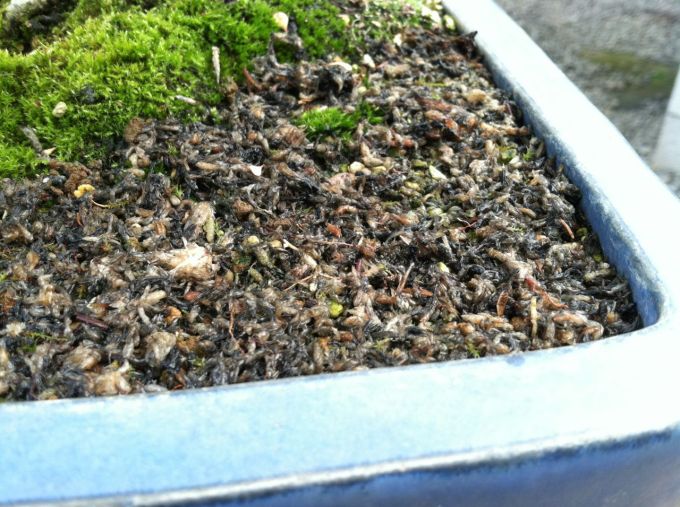 Shredded sphagnum moss on top of volcanic soil (akadama/pumice) at 1/8-1/4″ thickness, with shredded live moss added to inoculate. I often add ink to it so it’s not straw colored while the moss gets established. Be sure you use true sphagnum moss, not peat moss. Peat moss is rotted sphagnum, and tends to be water repellent when dry. The best sphagnum to use is sold often as ‘orchid’ moss, and is straw colored and is like a sponge when sprinkled with water. 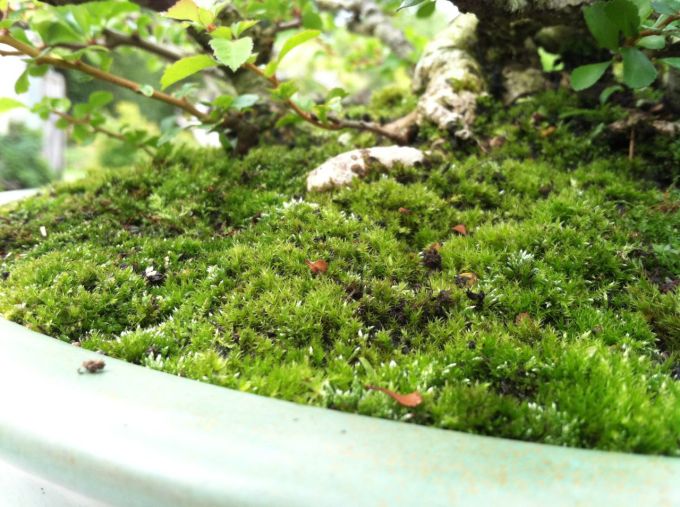 If applied in the early spring around repotting time, a carpet of live moss will be well established by summertime. This photo was taken in June and looked like the above photo in February. Even sphagnum applied in early summer will have great benefits, although the live moss might not get established in the summer heat.

The advantages are these:

1-Assists in water holding capacity near the surface, where it dries out the fastest

2-Creates much greater root growth in the top layer of soil that is otherwise too dry for roots. Since a bonsai pot is a greatly limited space, this is very significant.

4-Gives a year-round feeling of stability, age, and cleanliness