Three Years Of A Spruced Up Engelmann

Posted by crataegus on August 28, 2011 in Before and after, Development |11 Comments

This Engelmann spruce was originally owned by a guy up in Seattle and I suspect it grew in a mica drum pot for a couple decades. Collected in the Cascades many years ago, it has nice flaky, mature bark and sports a healthy community of lichen up and down the main trunk.

It was growing wildly and moppish when I bought it in 2008, and was styled in 2009. When wiring spruce, be careful to spray the foliage with water first. Otherwise many healthy needles might simply drop off, which really weakens a tree. Ezo spruce is especially sensitive to agitated needles; hydrating them first makes them more durable.

I like the calm, peaceful feeling of spruce. This one would look good in a tokonoma display, maybe with a water stone to suggest a serene high mountain lake. Or, for the ironically inclined, a small figurine of a panting, exhausted hiker, leaning on a stick… 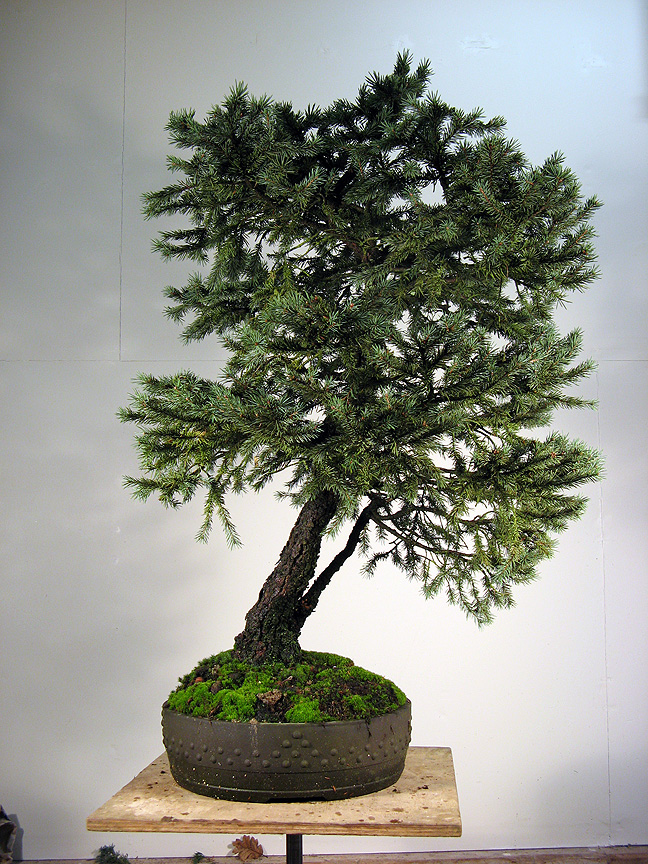 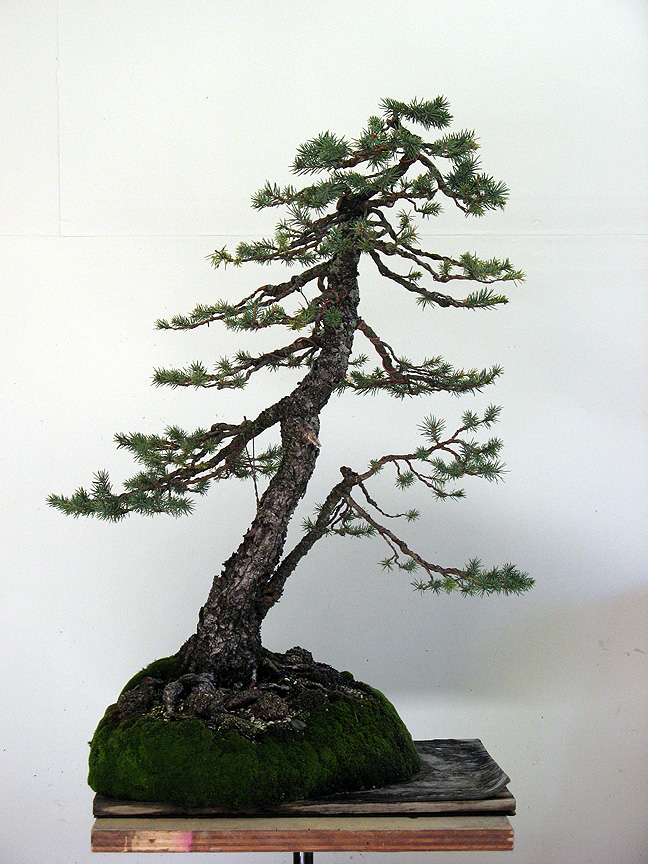 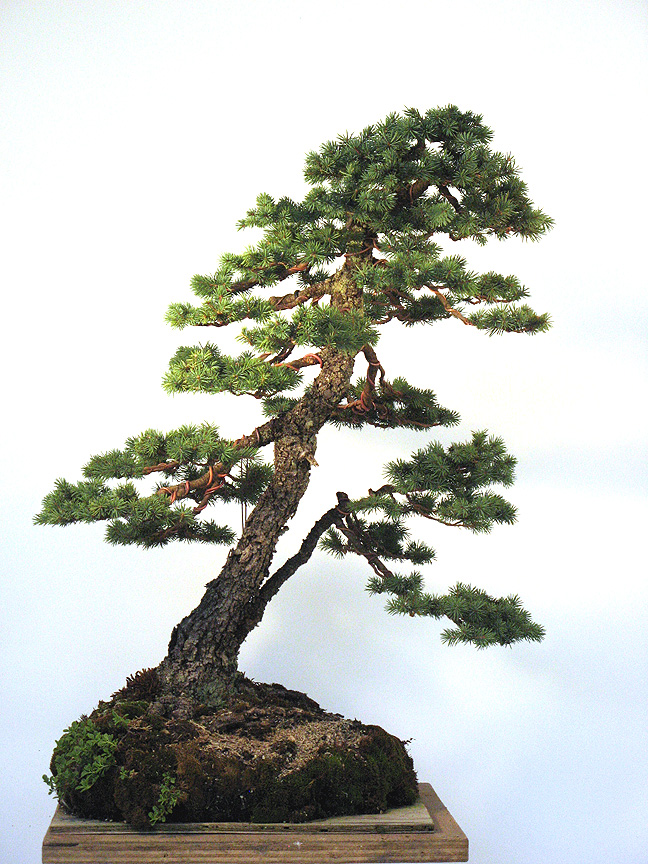 After a two years of growth, August 2011. The plywood base is temporary. I’m considering leaving this without a pot at all, just a solid root ball with, eventually, a hidden support underneath. Something my Seasonal students will play a hand in… 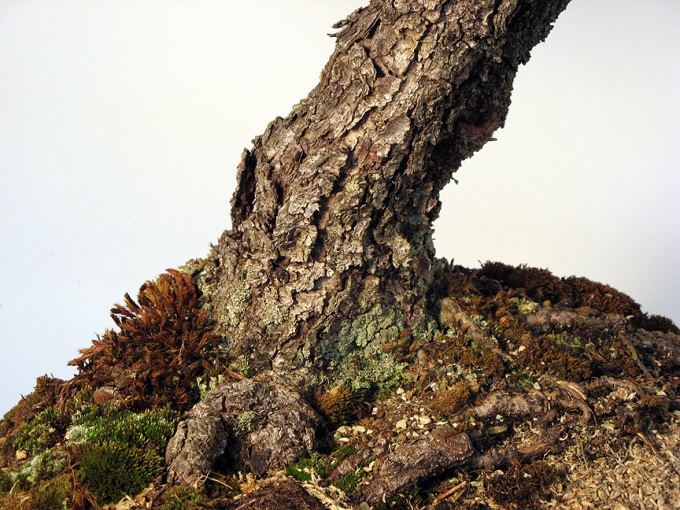 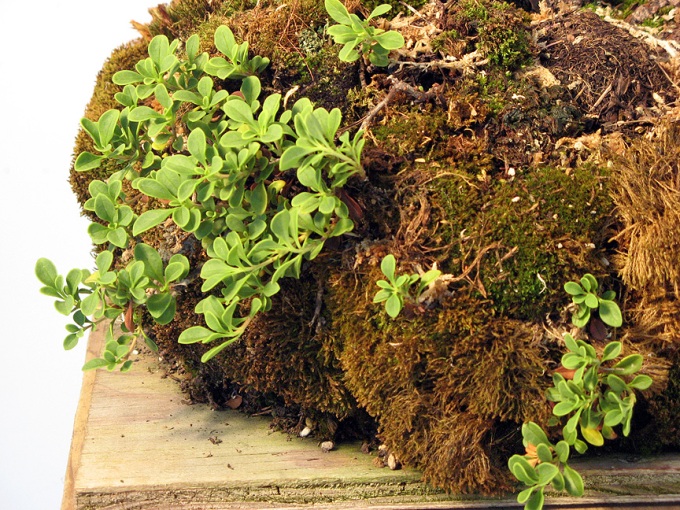 An evergreen penstemon serves as an on-board accent. This one is native to the Cascade Range where the Engelmann lives. Small purple flowers come in late spring. 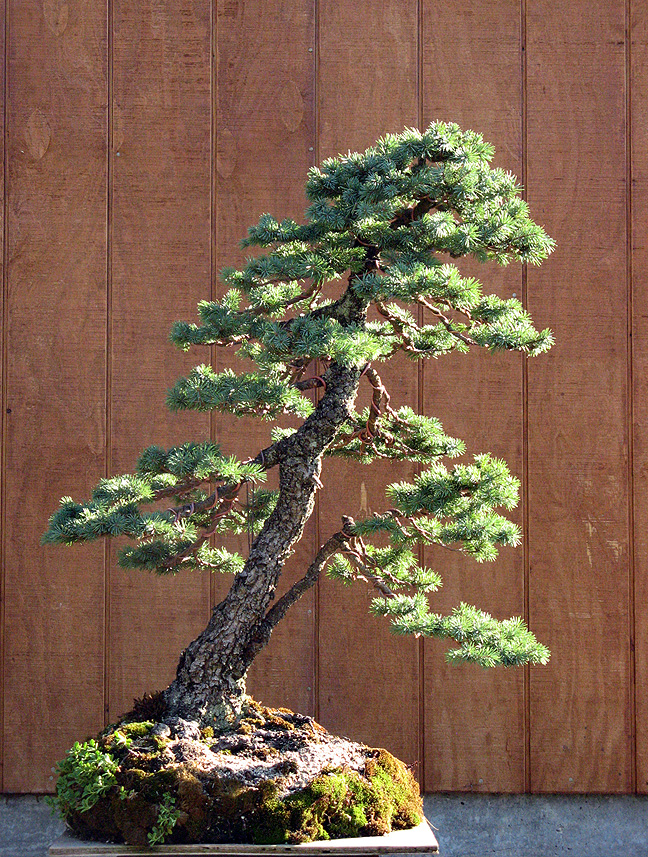 Same day, different lighting. Interesting how the character of the tree changes with the lighting, yes? This photo is very close to the natural blue/green of the foliage.