Posted by crataegus on July 8, 2022 in Uncategorized |One Comment

The second wiring of a tree is like the second draft in writing. It’s when, as author Neil Gaiman puts it, “You get to show you knew what you were doing all along.”

When I was in graduate school I looked forward to doing my laundry. It was the only time of the week when I felt I knew what I was doing. Everything else needed a first draft, but not the laundry.

Last week we had this Yellow Cedar up on the working table, for its second draft. Growth has filled in the pads, and that gave us more to work with. 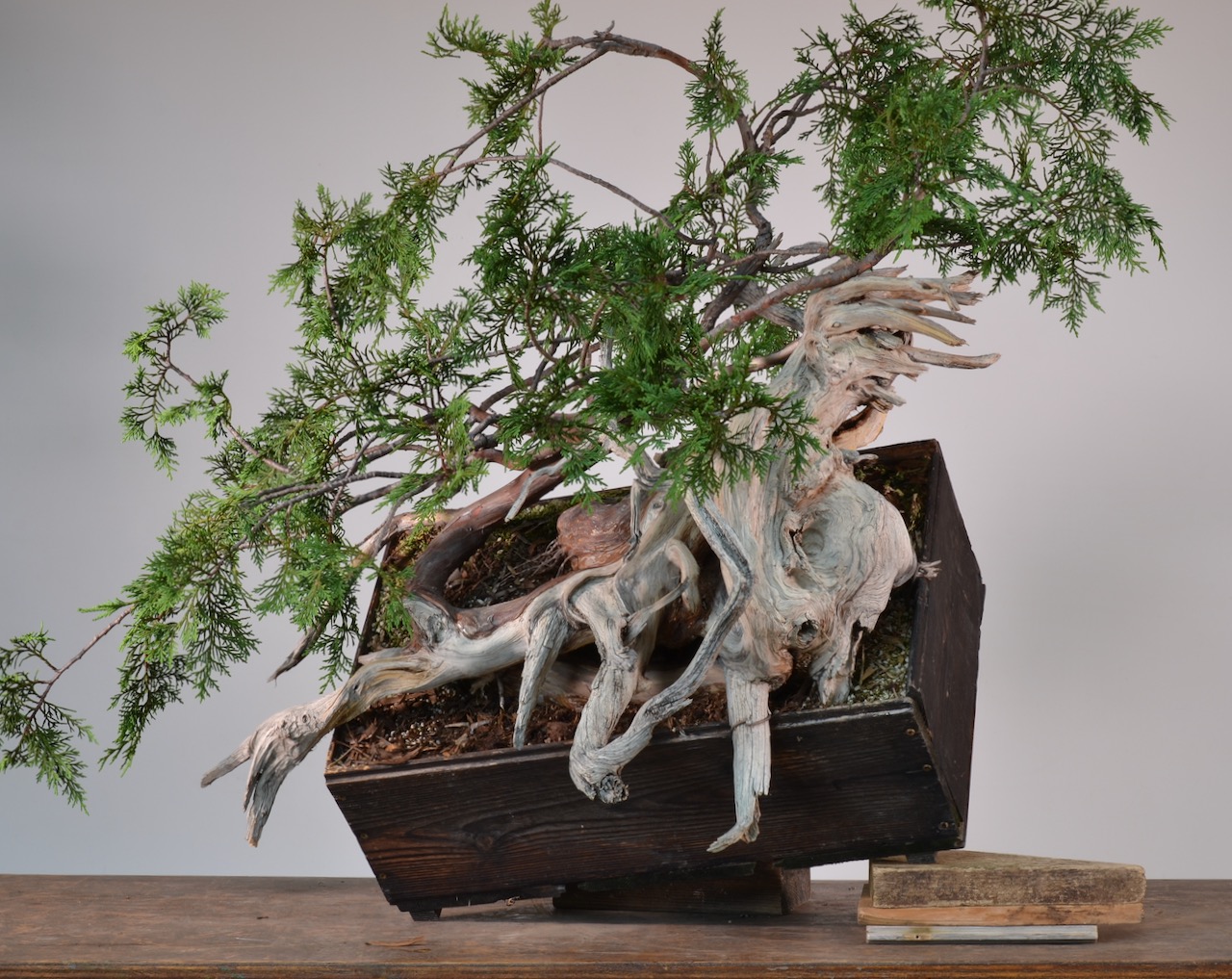 First styling done, fall of 2020. Like most stylings, it’s a skeleton, a sketch of how you see the design, at that point in time, with what you have to work with. A first styling is a first draft. (For the full story of this tree, see Snow Falling on a Yellow Cedar.) 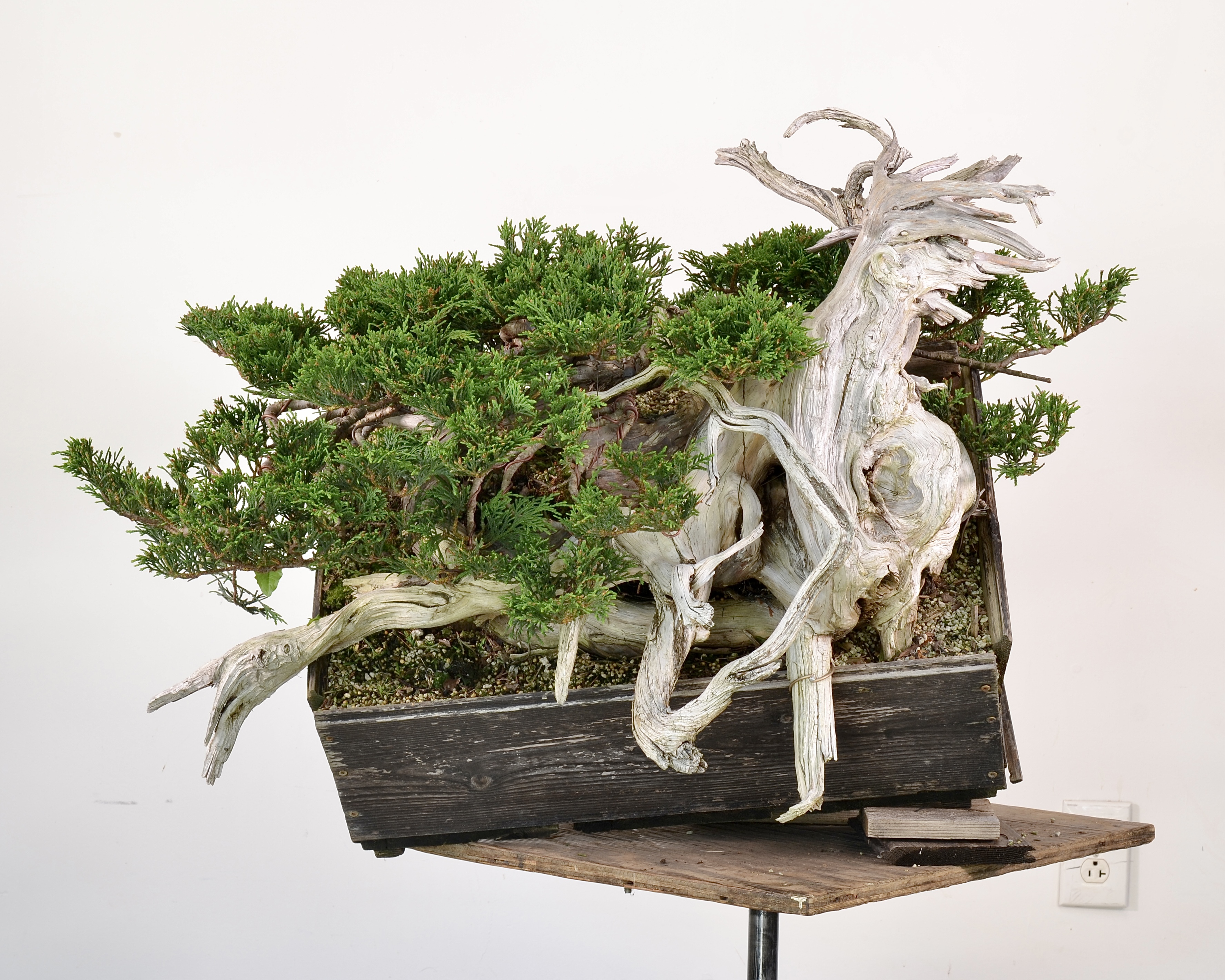 Here’s the tree two years later, in July 2022, partly wired, but branches not yet set.

A second draft, but not fully realized (I fail Gaiman here). The right side branch hasn’t grown enough to tuck in and integrate the deadwood. We did set the branches and detail the pads, but highest point of the canopy isn’t yet where it should be, which is further to the right, to create drama. At the moment, it feels too stable and static for the communication of the deadwood—which is epic and exciting and full of scary.

Our first styling imagined a heavy snowfall, and this I interpreted in bonsai language as a wide canopy, wider than we usually have. We see this in the flattened branches in the Krummholz of mountain peaks.

The pad that juts to the left is intentional, breaking up the clean drop from the canopy. Otherwise we’re into the land of Christmas trees. I talk about these simple forms in last week’s post, Hinoki Cypress Pruning and Maintenance. The maintenance of the Pacific Northwest native Yellow Cedar, we’ve found, is identical to Hinoki Cypress.