Posted by crataegus on March 18, 2022 in Uncategorized |One Comment

For three days this week we had Bonsai Empire in the studio, filming parts of a new set of courses. Other parts feature the great Bjorn Bjorholm, filmed in Tennessee. I’m delighted to be paired with him for this multiple-teacher offering, even though—with every passing year it’s more amusing—Bjorn and I have never met!

These online courses cover developing bonsai from scratch, and an intermediate course. I’ll provide updates as we get closer to launch.

And—this week saw the first (approved of) drone flight over my bonsai garden, footage of which will appear in at least one of Bonsai Empire’s new courses. 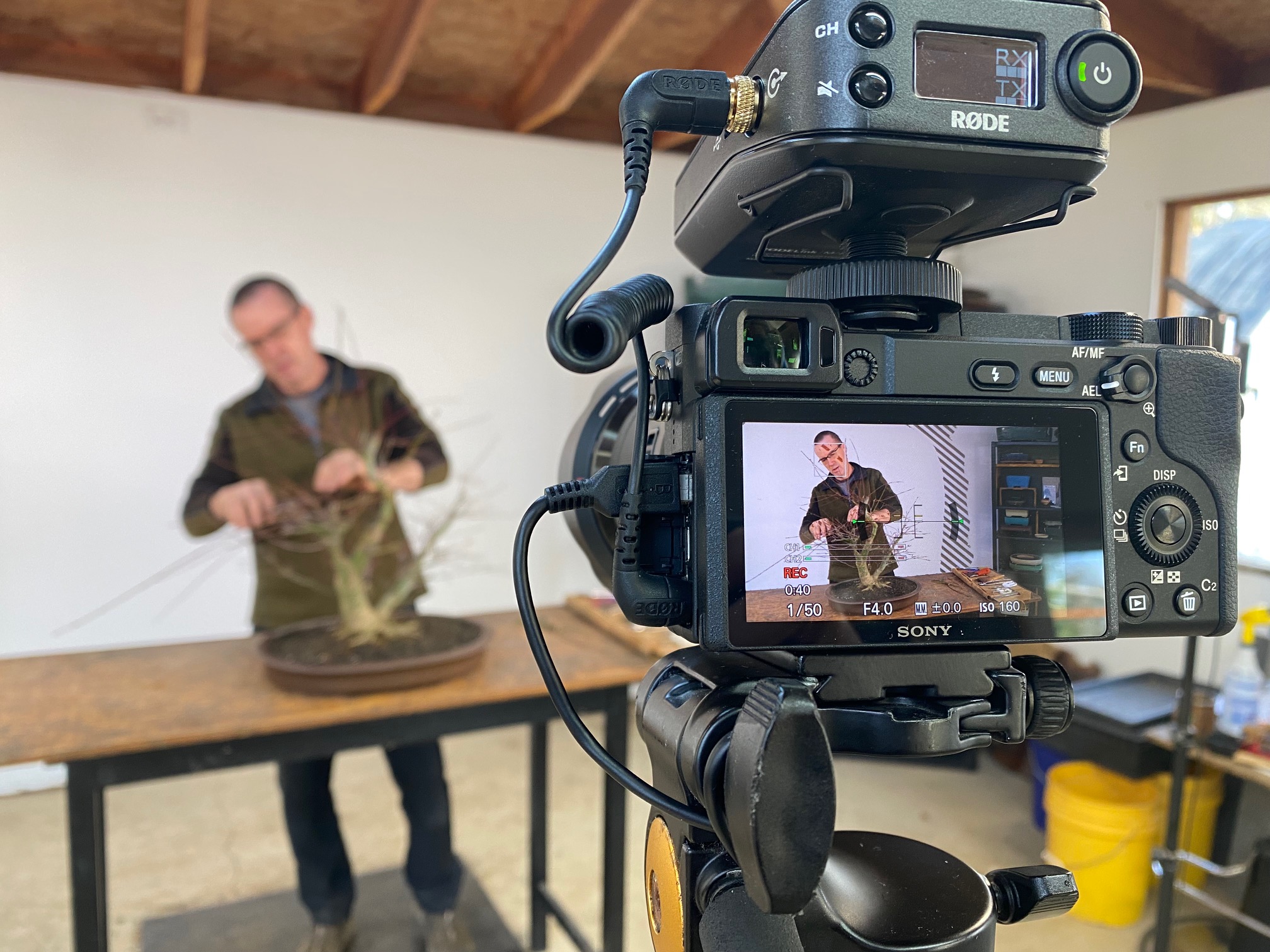 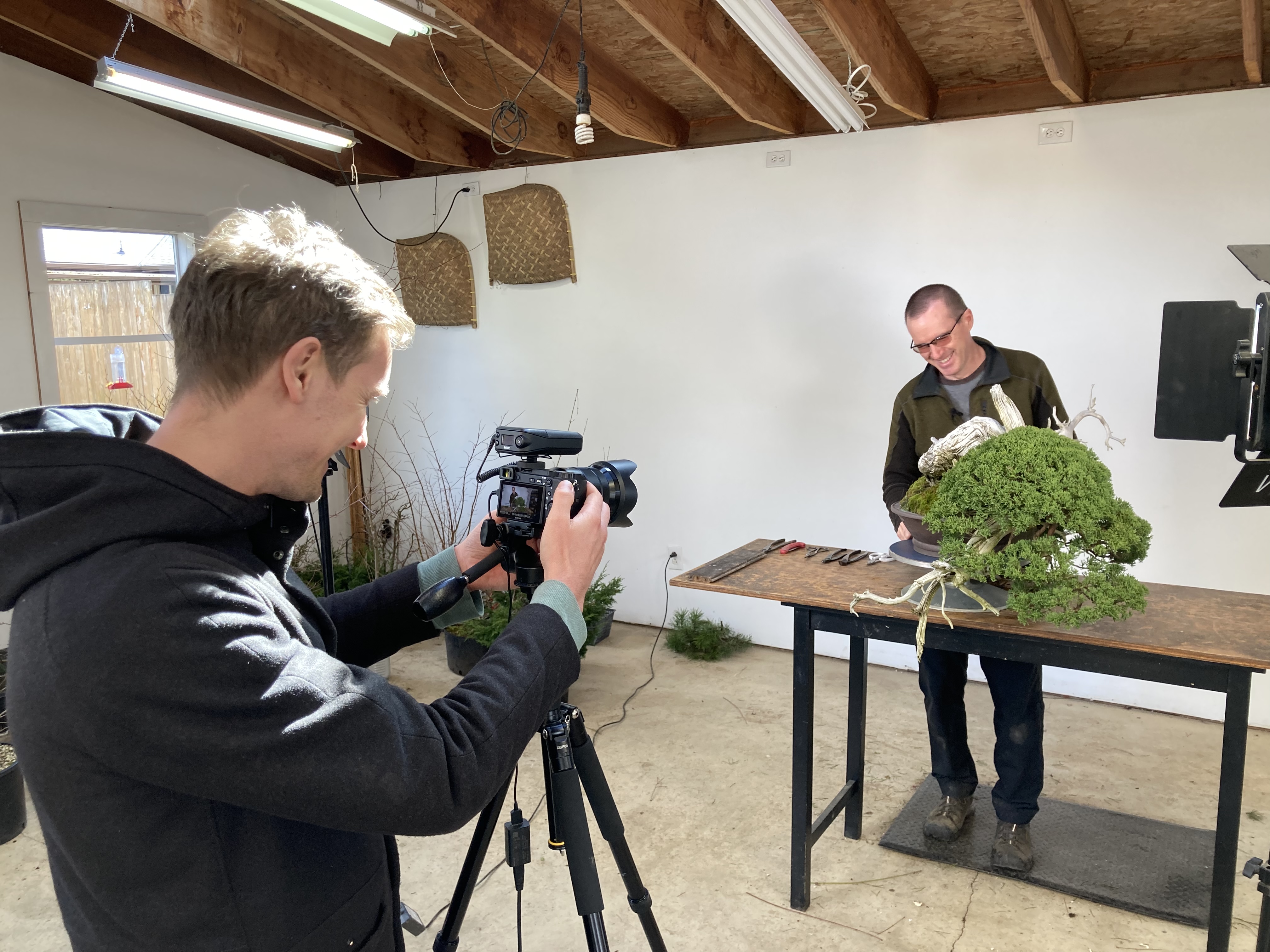 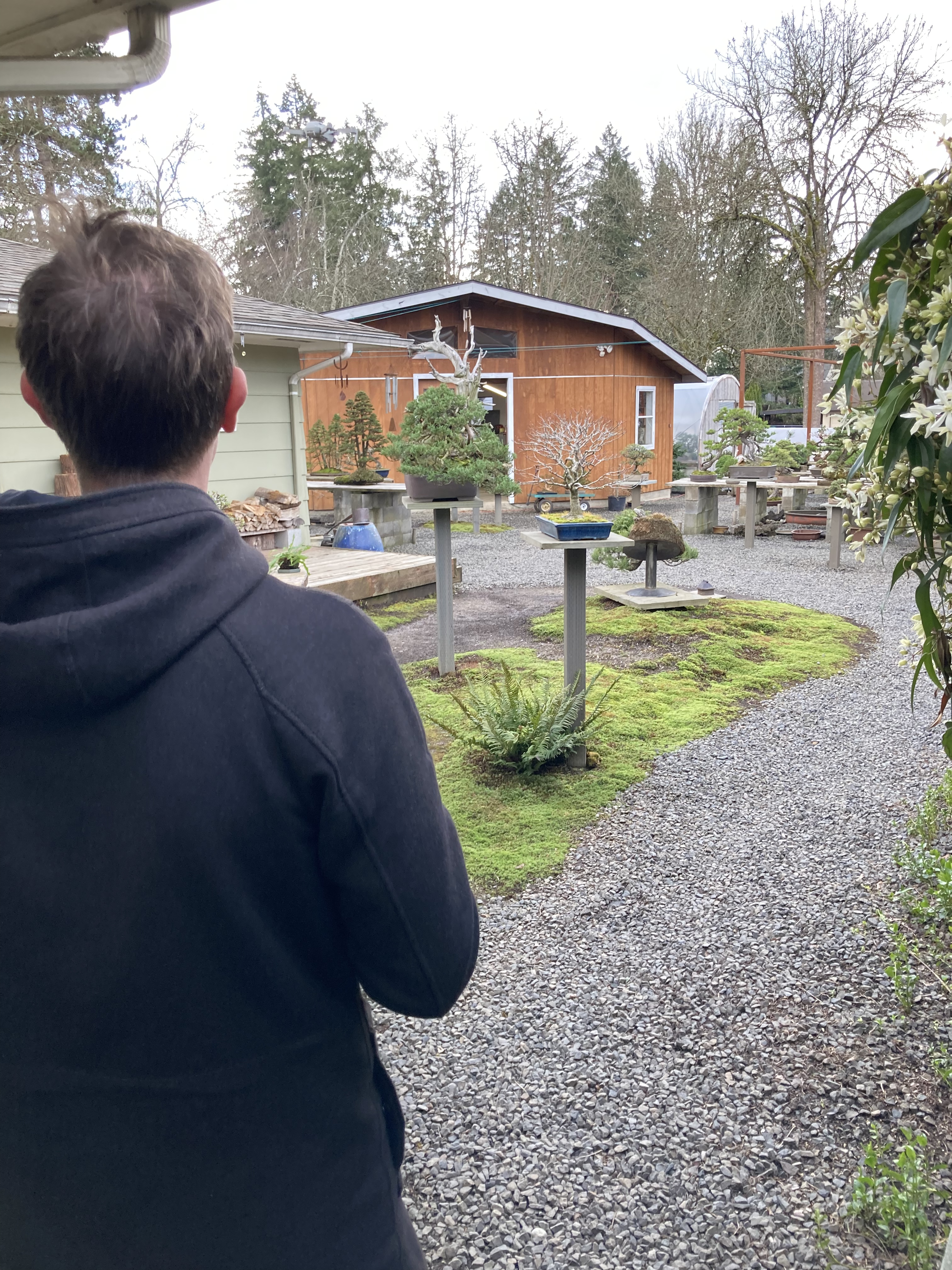 Oscar Jonker of Bonsai Empire operating the camera drone. The grey drone is visible near the top of the evergreens to the left, hovering over the moss garden.

Here’s a fun, informal garden tour Oscar posted on Instagram as we wrapped up: