Posted by crataegus on April 23, 2021 in Uncategorized |15 Comments

Last week we had this formal upright Ezo Spruce up on the bench to see how it was developing. And to consider future branch removal.

This spruce is a long view tree—a formal upright, seen from a long way off. A tree with a shallow trunk taper like this one has might be imagined with a tiny inch-high person standing next to it.

From that imagined long view distance, keeping more branches (and thinner ones) tends to enhance the sense it is seen from far away.

A few more thoughts are offered in the following photos—

The Ezo Spruce as is. Still not enough shoot detail for full branch pad clarity, but getting there. In many cases it’s wise in the creation phase to leave many more branches than you ultimately want, as the tree might not have much foliar mass to begin with. Later you can remove some.

With two branches masked off, possibilities for removal. The other photos show other options. Question is, might we cut another branch or two off, to advantage? Or (as I’m still considering), does leaving most if not all branches make the tree look farther away? The itch to prune branches doesn’t always improve a tree; often that makes it feel more like a small tree in a pot than an imagination of a big one. But here we have a lot of branches, and minimal pruning may help with design.

Removing this one left branch would increase movement from one side of the tree to another—from the low right branch, to the left above it, then to the right again, higher up.

Another similar option to increase movement between pad areas. 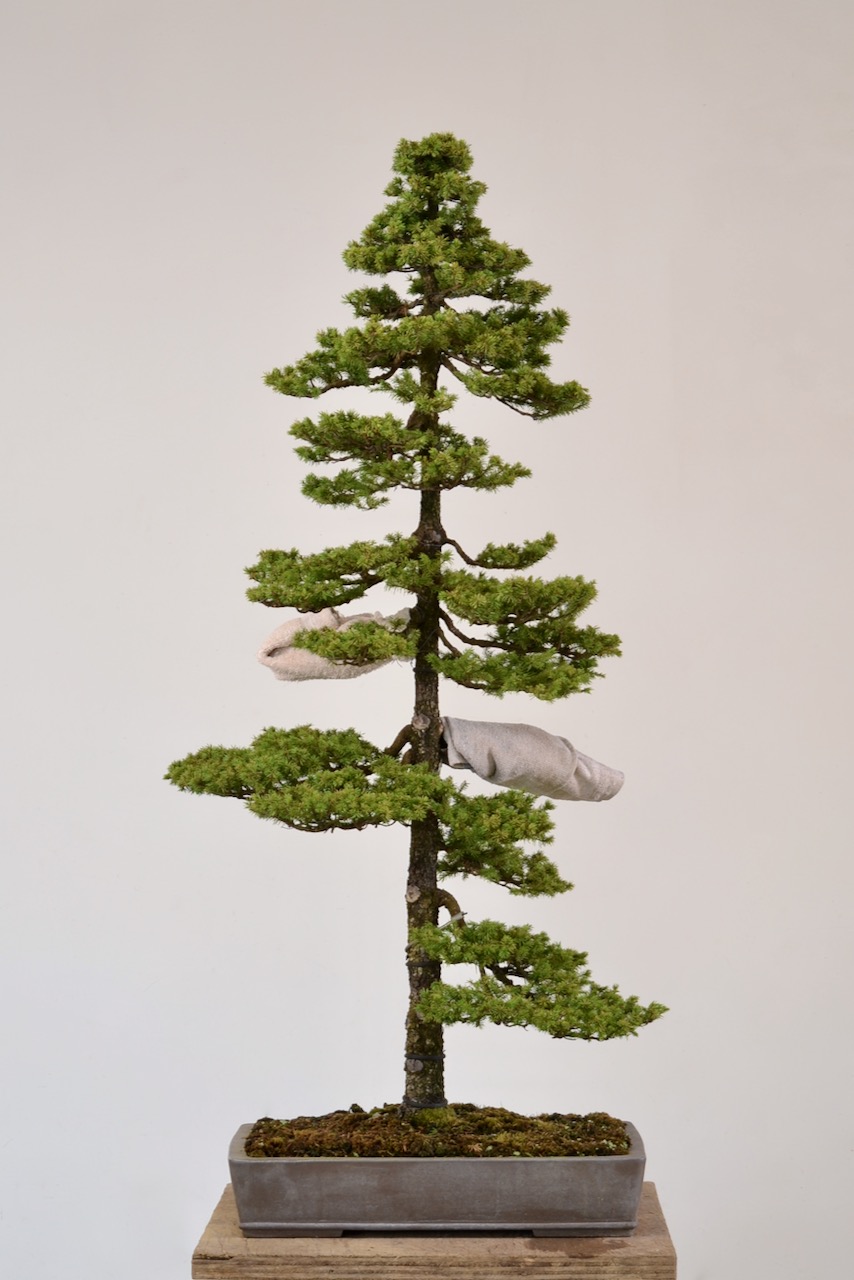 These branch removal options separate the strongest bottom branches from the smaller, top ones.

Old time viewers of this blog will know that I like to show the weird ones in my collection rather than the ‘normal’ bonsai. This is one of those, a tree from the Land of Misfit Toys. This spruce has a very low branch on the right, which may bother some folks to distraction, but is one of the few things that makes the tree interesting to me. It’s the one mark of character in a style that is challenging to get any character at all. Also, I have seen wild trees in the open growing this way.

No decisions have been made yet (also it’s the wrong time of year to prune, fall / winter is better). Just a fun exercise to get us thinking about formal uprights, density of branches, and the desire to create movement in our most static style. If you have preferences in the above options, please comment. 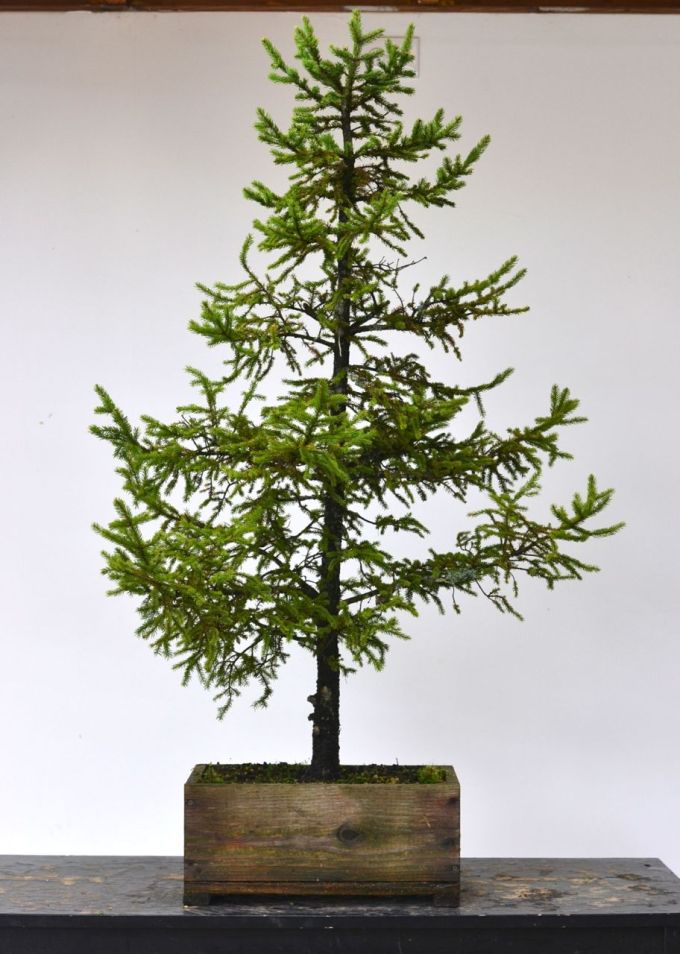 Just for kicks, here’s where we started with the Ezo in December, 2016.