Posted by crataegus on March 24, 2015 in Before and after, Development |15 Comments

Several have asked to see a photo recap of this chunky Burning Bush, Euonymus alatus. We (my students and I) started the process of turning this vigorous stump of a shrub into a bonsai in 2012.

The fella who collected this Burning Bush said that it was growing by the side of a pond where nutria (a large rodent that eats euonymous) would graze on them. This one still has the shari from those gnawing nutria.

Although this tree is still many years away from ‘show shape’, maybe 10 years, here’s its 3rd-year progress report…

(And while I have your attention…submissions to the Artisans Cup will begin April 1. Also that day, incidentally, is the final day (extended deadline) for the National Pot Competition, so you potters out there have another few hours to get your best efforts together. Good luck everyone! It’s an exciting year in bonsai.) 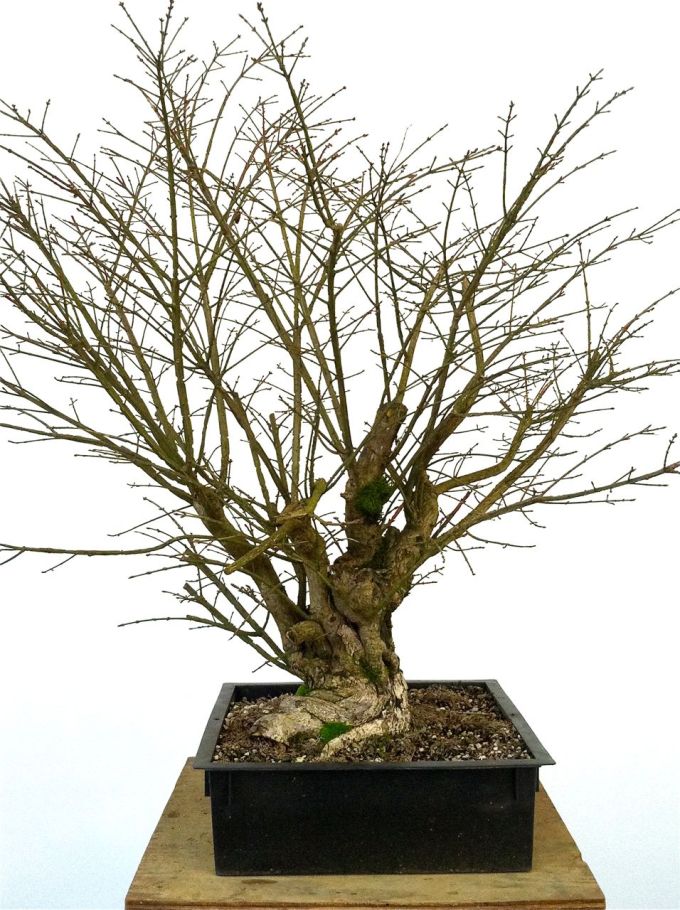 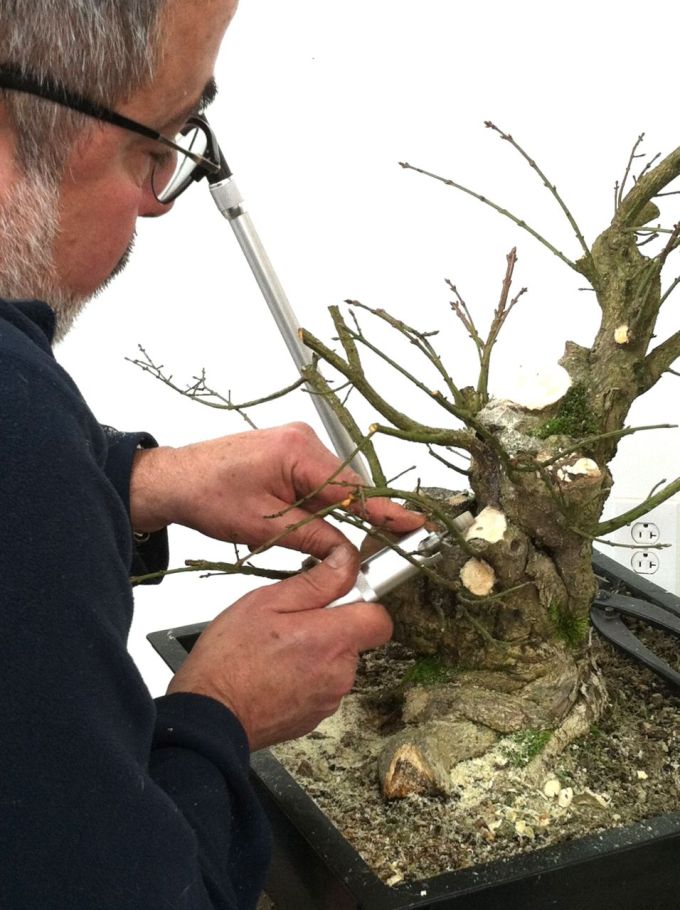 After the initial branch selection, a flex shaft tool was used to grind down the large cuts. 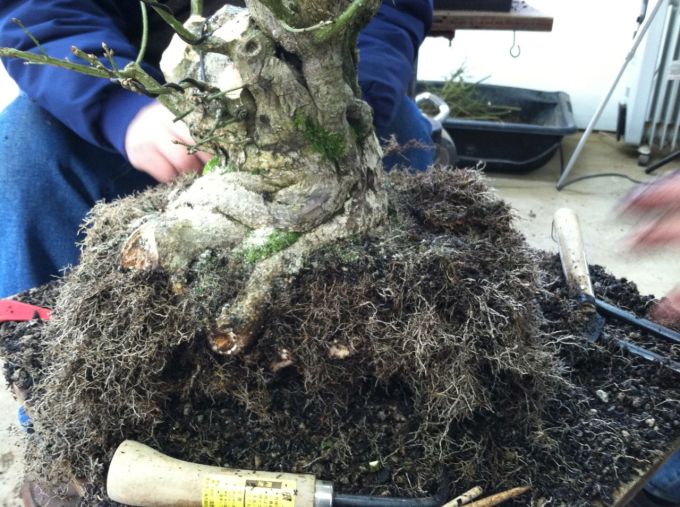 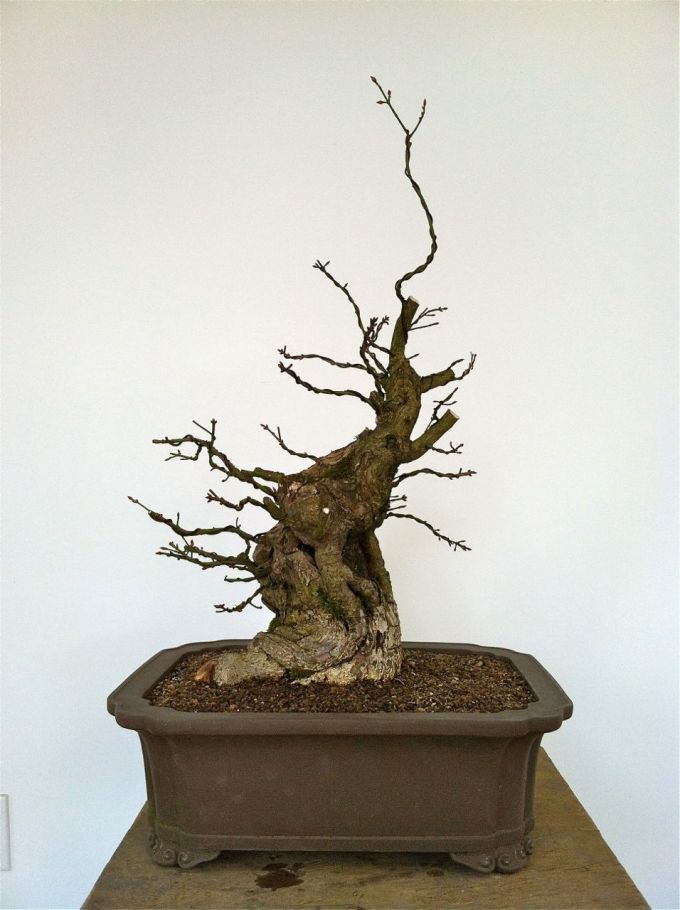 And here we are after the initial work and potting finished. 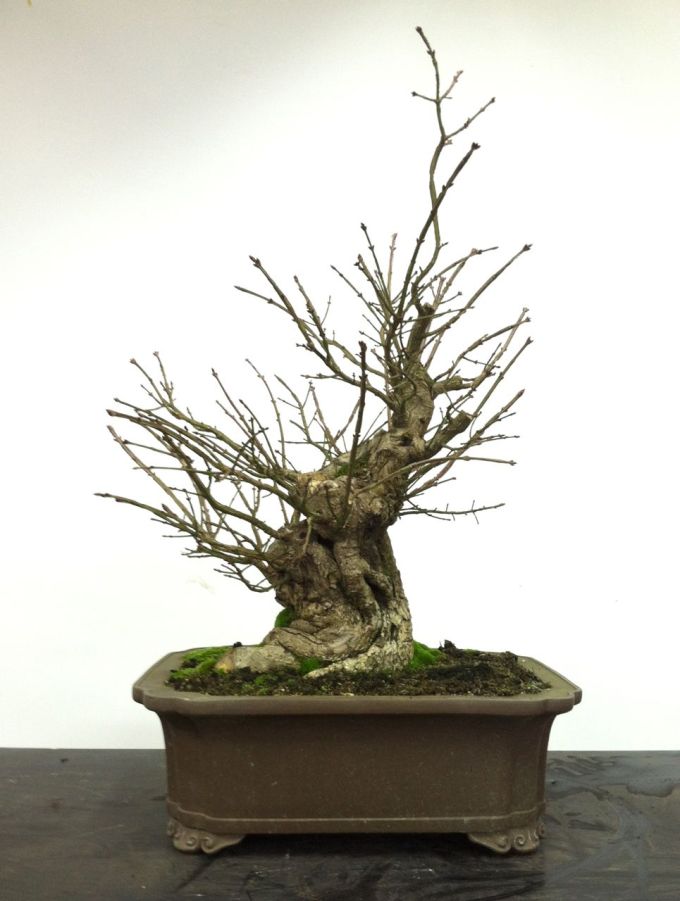 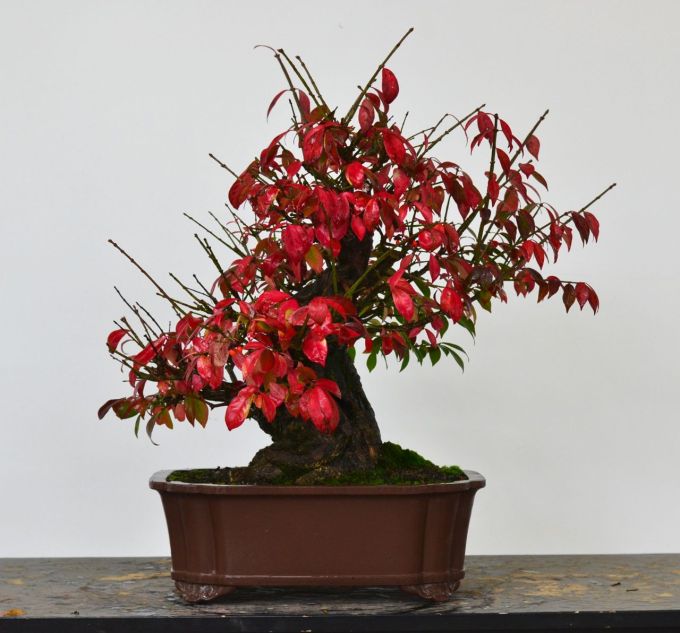 A showy plant in fall, for sure! The week before there were still lots of leaves, and then a wind storm came. And then I took this photo. Alas. 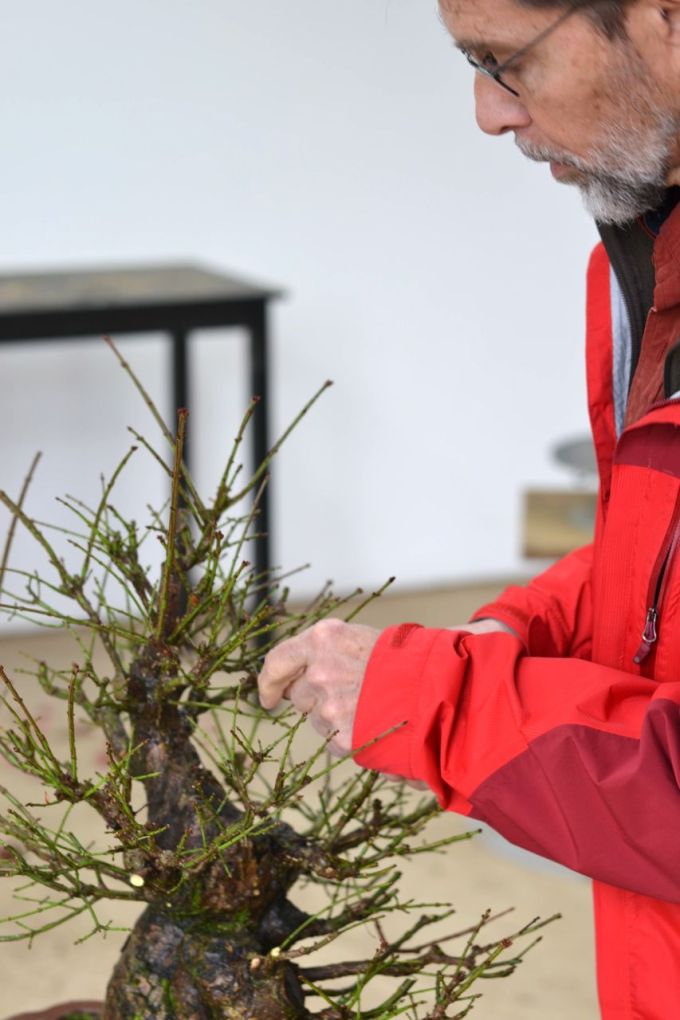 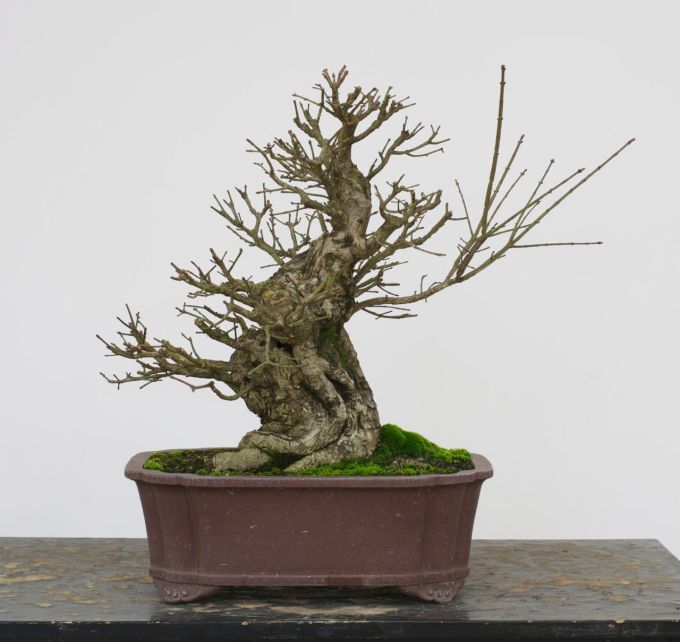 And this is how it looked this winter, 2015. Still a long way to go. We’re growing out the right branch for some caliper—as it’s such a low branch it should be fatter. Probably will let it grow out another year or two. At some point in there we changed the pot, because we needed it for another tree, I think. The tree looks a bit bigger in this pot, but eventually we’ll need a blue or a green pot. We’ll do another update after a few more rotations around the sun…and maybe by then I’ll have a more finished tree to show, and a photo of it the week BEFORE a wind storm takes off half the leaves.