True, this is not as exciting as Star Wars, but still, our Final Episode is the photographic finale of our trip to Japan this February! Yay! Cymbals crashing, drums going nuts, frogs leaping off bridges, etc. 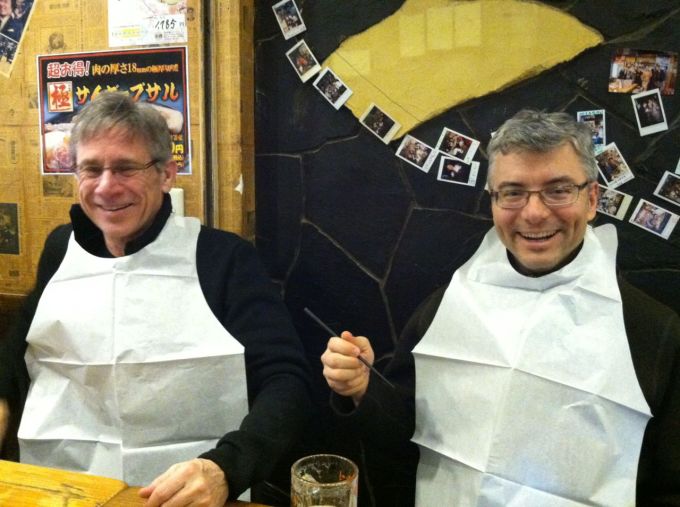 Going back in time a bit to our first day…we all became kids over dinner. Here’s Grant and Peter in bibs, waiting for their ‘bacon’ to be finished, as they called the strips of pork on the grill. In a Korean restaurant in Tokyo. 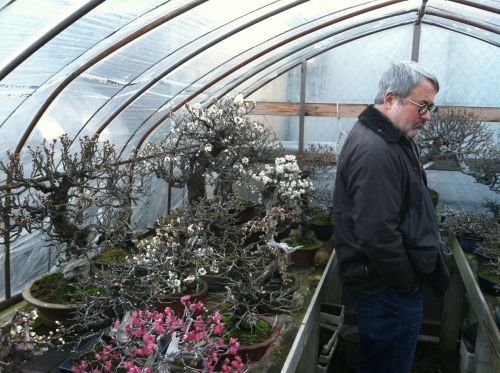 Again tripping back in time, this is Howard perusing a greenhouse full of ume in Saitama. 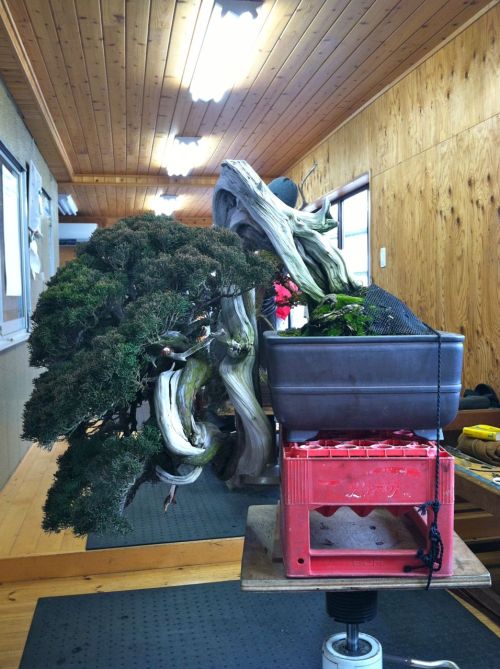 Now we’re back at Suzuki’s. This was my last tree, a juniper that had been planted at a new angle so the branches needed quite a bit of adjusting. 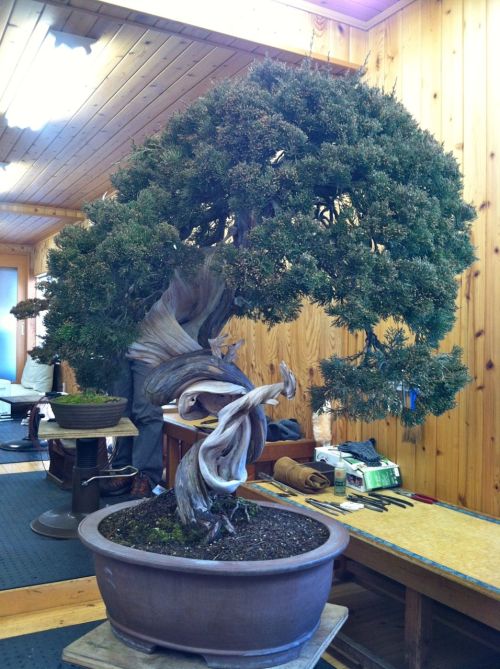 Another tree I worked on. I forgot about this one, but there’s a dreadful finished shot of it later. 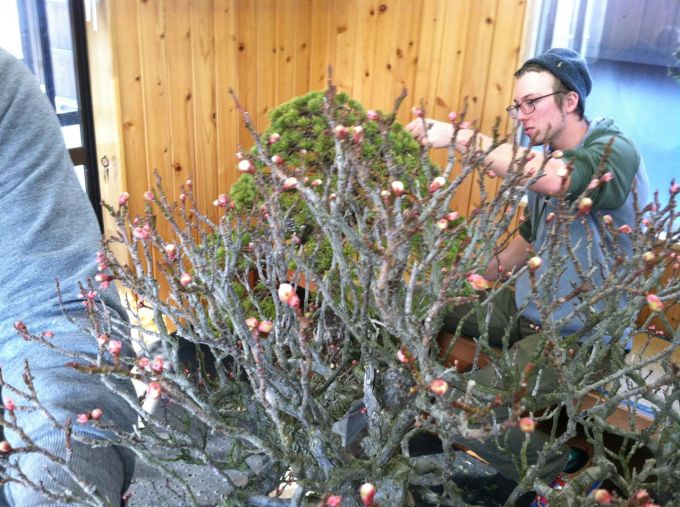 Matt Reel working on a tree behind an ume being debudded. Old ones will just get weary and pouty if you leave all their flower buds on. 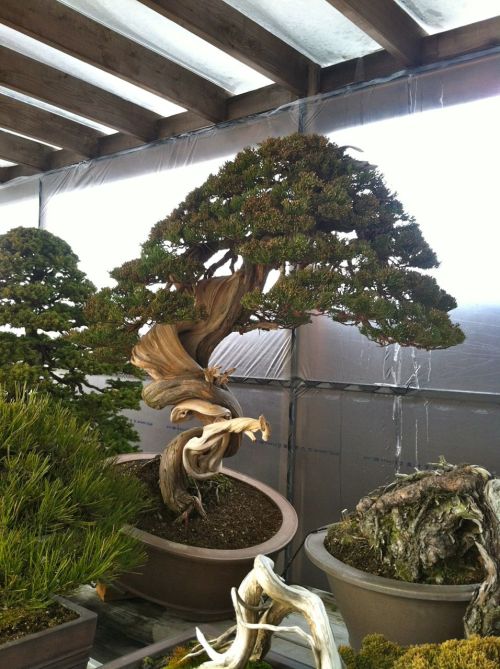 Dreadful photo, as promised. Too much snow at this point for good light… it’s almost five feet up the side of this greenhouse. It got up to seven feet between the greenhouses… 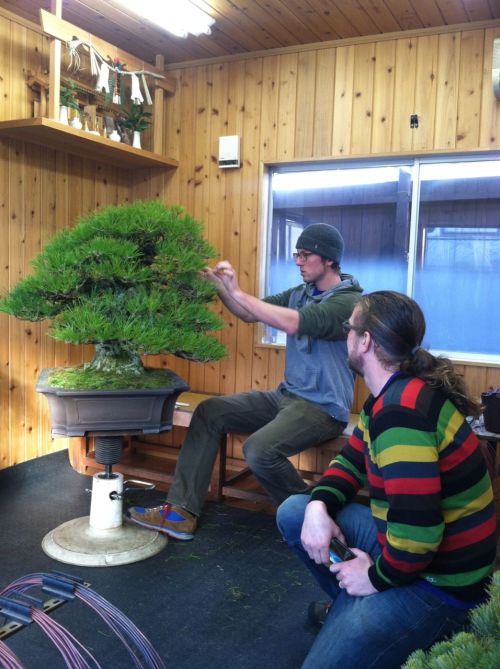 Matt with a Black Pine, and Bobby looking on. 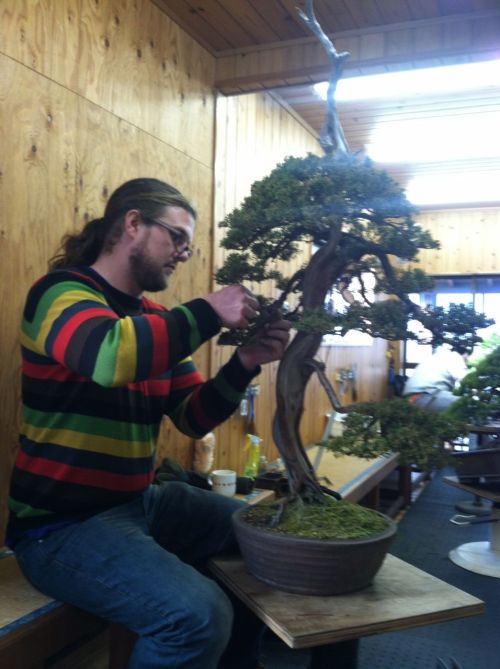 Bobby with his juniper. Again, stripes. 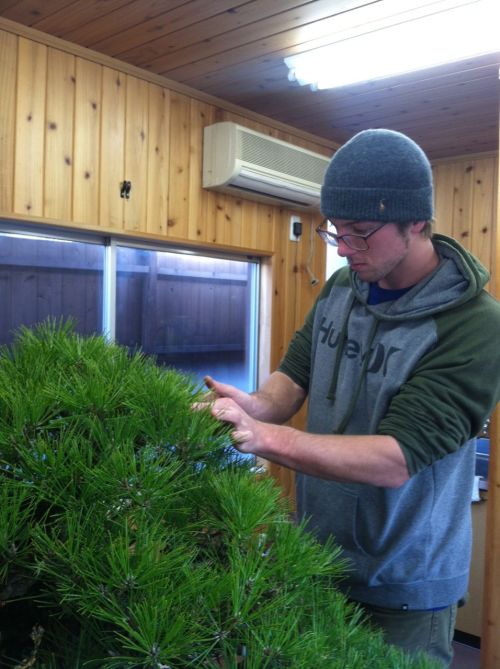 Matt adjusting fine wires on the exterior of this Black Pine. 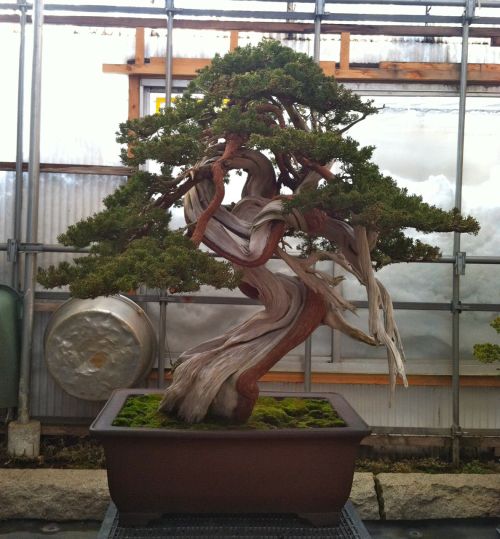 A tree Matt has been working on, a spectacular juniper that could win a prize someday. It’s a grafted tree. 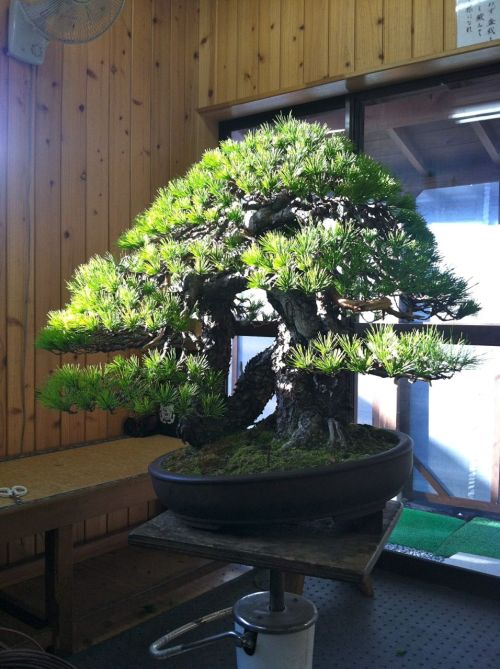 By request, here’s the Red Pine that Tyler was working on. Very contorted trunk. Nice work- 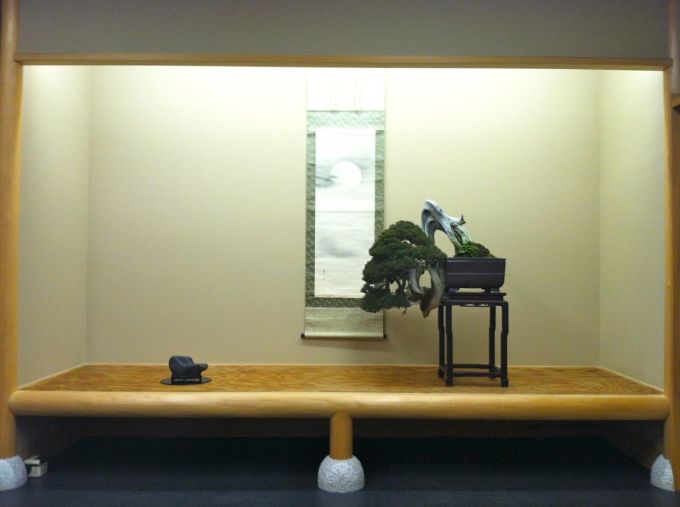 The cascade juniper I worked on, in display. Scroll of moon, stone of rock. 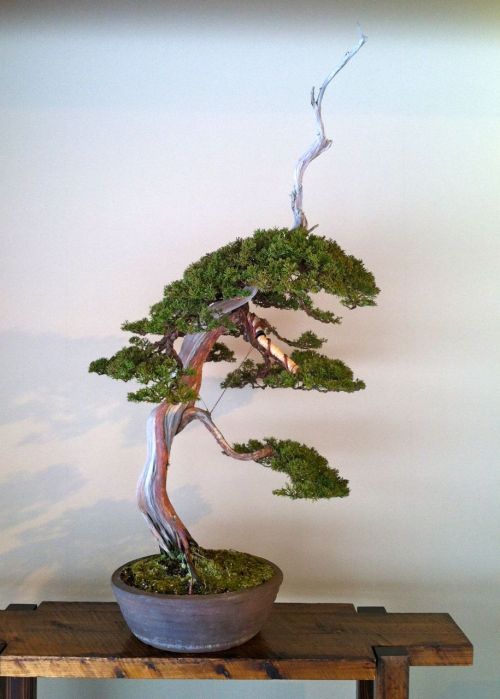 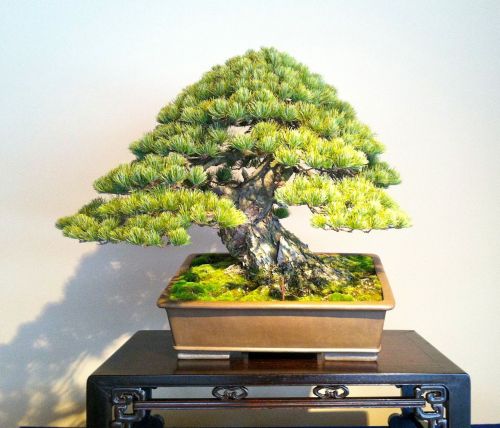 The White Pine restyling completed and set up for Suzuki’s inspection. 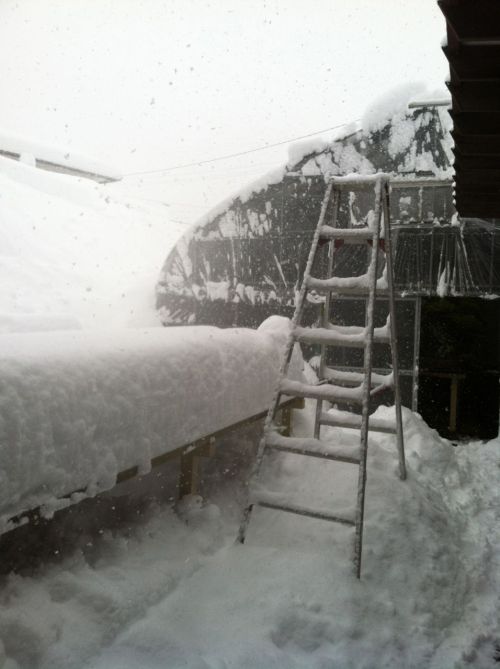 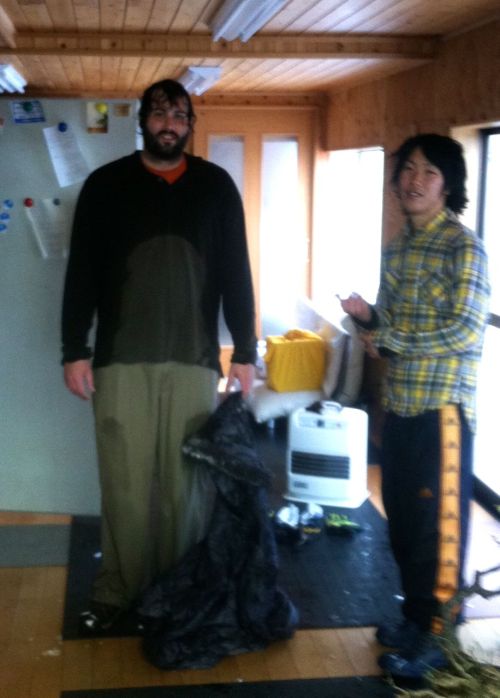 After hours of shoveling, Tyler’s coat had soaked all the way through and his shirt was totally wet. I wrung water of my gloves just by squeezing them. And we still weren’t done shoveling. Yuki to the right, who is Suzuki’s nephew and his newest apprentice. 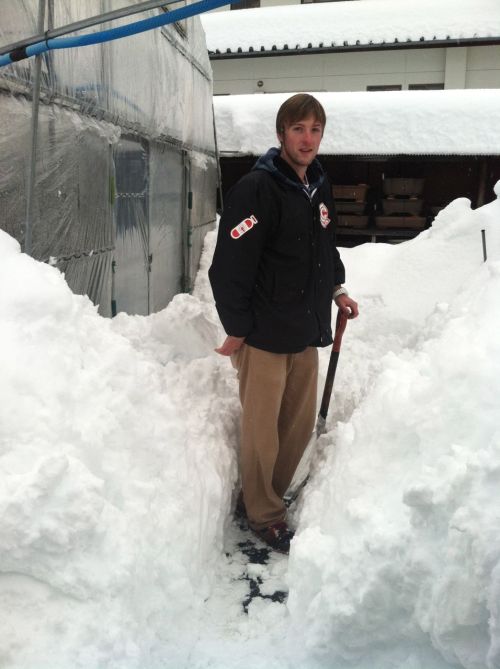 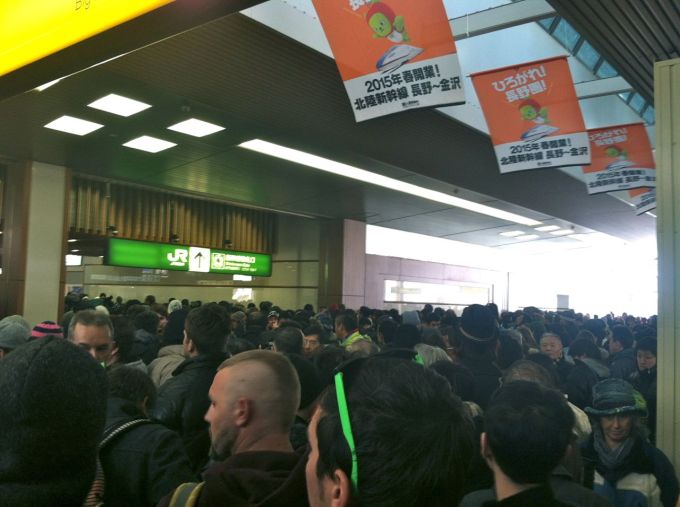 What happens when the bullet train shuts down for two days. The Nagano train station is usually rather empty, and these folks were waiting for the tracks to reopen. The Australian snowboarder with the mohawk had just got it cut in celebration of, I think, boredom. 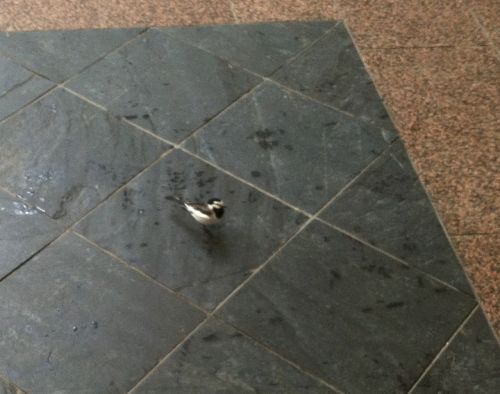 Wagtail in the train station, and the only one there who seemed to be having any fun-