Posted by crataegus on December 8, 2011 in Before and after |8 Comments

Not something we see every day in the United States… a meter-high seedling white pine. Meaning, a white pine on it’s own roots, not grafted onto black pine. Originally imported from Brussell’s Bonsai, this pine has been gaining strength and balance every year. I think I first styled it in 2008.

One of it’s few defects is a strong root on the right. I’ll have to discuss this with my client, but I may split it and lower it, at the same time raising the entire tree by half an inch next time it’s repotted. That way I hope to expose some of the other nebari roots and make them all at about the same level. Did that make any sense? Splitting the root will make two roots…and easier to lower.

Anyhow, here’s the tree as it looks this fall: 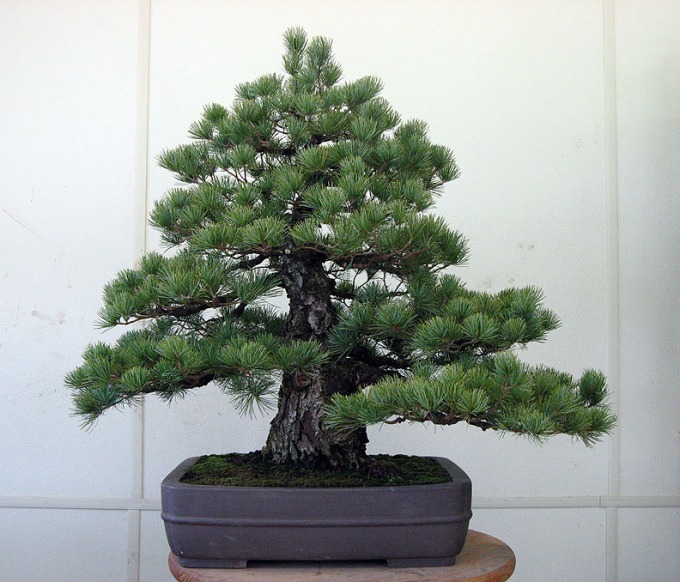 After wiring. The shoots still show quite a bit of strength so it will not be repotted for another year.