Adjusting and Maintaining a Large Cryptomeria–

Posted by crataegus on July 18, 2011 in Uncategorized |4 Comments

This cryptomeria was one of the standout trees in Boon’s backyard when I studied with him ten years ago. He’s been maintaining it for years. It was originally styled by Mitsuya during one of his visits to the states in the early ’90’s, and is the most significant cryptomeria I’ve seen in the United States. It’s about a meter tall, and has been developing as a bonsai for about twenty years.

One of my clients currently owns this tree and we agreed it was time to wire it again for a bit of reworking. On an established tree like this, such work is done infrequently, while the main yearly task is cutting back the growing shoots. The metabolism of this tree is slower due to its long establishment and so cutting the shoots is only about once a year, as opposed to a younger tree where scissor maintenance might be done several times over a growing season. And also debris, such as dead shoots and the like, are removed from the interior of the foliage pads at the time of shoot cutting, giving it an airy feel after the work is completed. 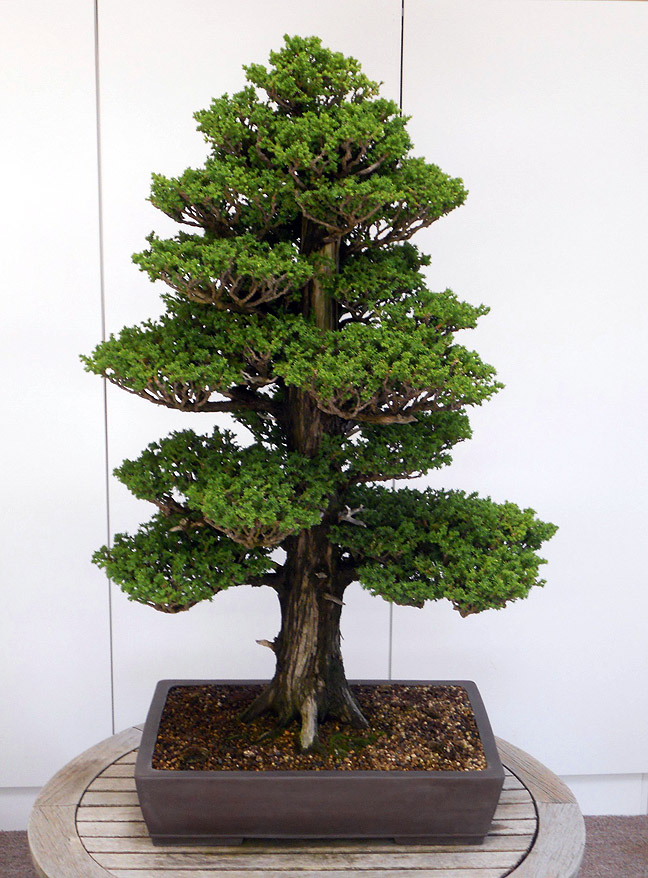 The Before and After photos here are rather subtle, as is commonly the case with such an established tree. 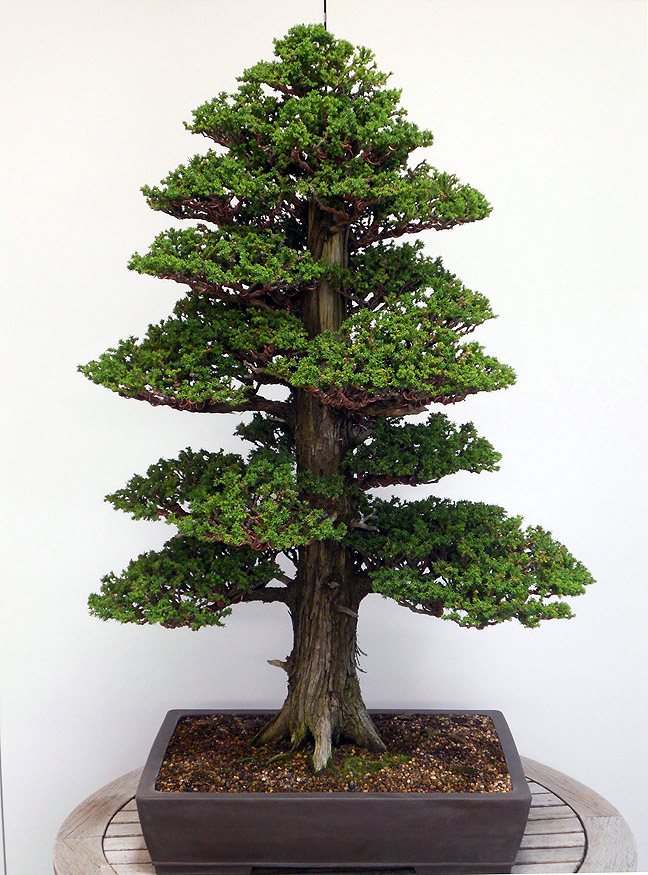 Some of the branch ends were brought down with wire, that was the main work. The wiring just allowed the form and branch structure to be crystalized a bit. In five years, this will have to be done again. And the apex needs to fill out a bit for some density on top.